In recent years, a plethora of items related to Gone With the Wind have turned up on the auction block. This year is no different. On September 26, Sotheby’s will be auctioning off items personally owned by the movie’s star, Vivien Leigh. One item, in particular, will be drawing the attention of Gone With the Wind collectors: Vivien’s leather-bound script, gifted to her by the producer, David O. Selznick.

David O. Selznick gave these presentation scripts as Christmas gifts, in 1939, to select members of the cast and crew of Gone With the Wind, along with a few people outside the film. There were two styles of these hardbound scripts: one screenplay was covered in cloth and morocco leather; the other, in leather only. The four main cast members (Clark Gable, Olivia de Havilland, Leslie Howard and Vivien) all received ones bound in full leather.

These presentation scripts were maroon in color, with GONE WITH THE WIND, ‘SCREEN PLAY’ and the recipient’s name gilt-stamped onto the cover. Selznick inscribed each copy with a personalized note to the recipient, found inside on the front end paper. These beautifully bound scripts were given the date of January 24th, 1939 and contained the finalized script of the film. Black and white stills from the movie were interspersed with the script.

Vivien Leigh’s script is not the first one from the movie to be auctioned. Selznick handed out a few dozen of these scripts and many of them have been on the auction block. Walter Plunkett’s, Hattie McDaniel’s and Clark Gable’s scripts have all been sold via auction houses.

Hattie McDaniel’s script was made from cloth and leather. It’s been on the auction block at least twice. In December 2010, Hattie’s screenplay sold for $18,300 and then in April 2015, it sold again for $28,750. The seller noted that the covers had come unbound from the spine, along with leather loss and a stain on the front. Selznick’s personal note to Hattie reads, For Hattie McDaniel, who contributed so greatly! With gratitude and admiration, David, Christmas, 1939.

Walter Plunkett, the costume designer for Gone With the Wind, also received a presentation script made from cloth and leather. At an auction, in April 2015, Plunkett’s personalized screenplay sold for $22,500. Selznick’s inscription reads, For Walter Plunkett, With appreciation of, and for, his brilliant execution of a difficult job. David O. Selznick, Christmas, 1939.

Gone With the Wind’s publicist, William R. Ferguson, received one of these cloth and leather bound books, too. It’s signed, For Bill Ferguson, in memory of Atlanta. With appreciation, David Selznick. Ferguson’s copy sold at auction, in October 2014, for $23,000.

Sidney Howard, the only credited screenwriter for Gone With the Wind, passed away in August, 1939. His all leather copy was presented to his widow, Polly Damrosch. Selznick didn’t inscribe this one. However, Polly gave the script to her nephew, writing, With love to Blaine on Jennifer’s birthday, March 23rd, 1940, from Polly. This script hit the auction block in 2008, selling for $3,250; and then again in 2014, this time selling for $62,500.
Norma Shearer, a would-be Scarlett at one time, received one of the special, leather bound screenplays. David wrote, For Norma, the ever appreciative. With gratitude for her never-failing encouragement, and with affection. David, Christmas, 1939. Norma’s script fetched $14,640, at an auction, in 2011. 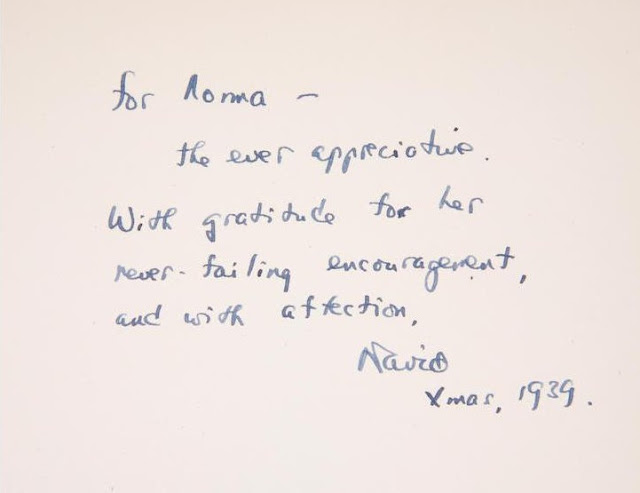 A few of the other recipients included William Kurtz, John Hertz, Will Price, William B. Hartsfield and the book’s author, Margaret Mitchell. Mitchell’s leather-bound, presentation script is kept in Atlanta. The Atlanta Fulton Public Library placed it on display for the 75th anniversary of the book’s publication.

William B. Hartsfield’s personalized screenplay was presented to him during Gone With the Wind’s 21st anniversary, by David Selznick. The event was held in Atlanta and attended by Vivien Leigh, Olivia de Havilland and Selznick (read more about that event here). Hartsfield was Atlanta’s mayor during the film’s original premiere in 1939 and also during the film’s anniversary celebration. Inside the script, David wrote, March 10, 1961, To Mayor William B. Hartsfield with the affection and gratitude of the “Gone With The Wind Company,” including his admirers. David O. Selznick. The script was also signed by Vivien Leigh, Olivia de Havilland, Butterfly McQueen and Samuel Yupper, a friend of Mitchell’s. It sold at auction, in 1995, for $8,625.

Will Price bequeathed his Gone With the Wind script to writer Carla Carlisle (Country Life, Sept 6, 2017). Will was the Southern voice coach for the cast. Selznick wrote, For Will Price, who literally shoved the South down our throats. With good wishes always, David Selznick. 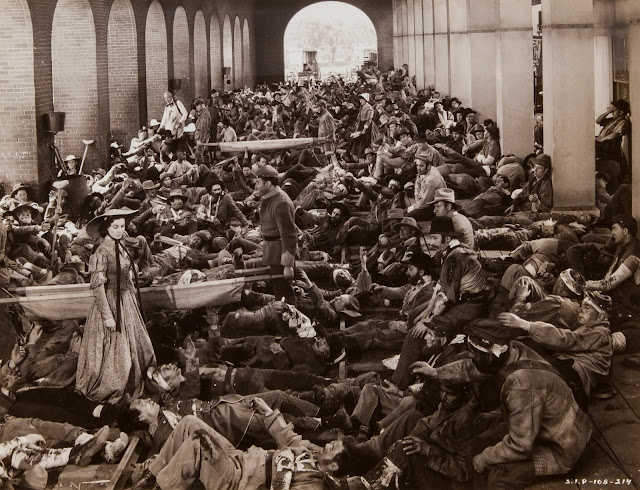 Leslie Howard’s script recently hit the auction block, in November 2016, as part of TCM Presents… Lights, Camera, Action, with an estimate of $80,000 to $120,000. It remained unsold. Selznick’s inscription reads, For Leslie, with the profound, (but probably futile), hope that he’ll finally read it. Christmas, 1939. Howard was kind of famous on set, for never having read Gone With the Wind, even after Selznick told him to at least read Ashley’s scenes that were making it into the movie.

In 1996, Clark Gable’s personalized screenplay sold for a whopping $244,500! The winning bid was placed by Steven Spielberg. The leather-bound script was inscribed to Gable by David Selznick, who referenced how the public, almost unanimously, chose Clark Gable to play Rhett Butler, For Clark, who made the dream of fifty million Americans (who couldn’t be- and weren’t- wrong!) and one producer come true! With gratitude for a superb performance and a happy association, David, Christmas, 1939. Gable later recalled how he didn’t want the role of Rhett Butler, It wasn’t that I didn’t appreciate the compliment the public was paying me, it was simply that Rhett was too big an order. I didn’t want any part of him, Rhett was too much for any actor to tackle in his right mind.

Now, on September 26th, Vivien Leigh’s leather-bound, personalized script will go on the auction block. Sotheby’s selling estimate is between $13,300 to $19,900. However, this is not the first time Vivien’s family has attempted to sell her screenplay.

In 2006, Bonhams listed the book, citing the provenance as by direct family descent (most likely Vivien’s daughter, Suzanne Farrington). The selling estimate was given as $80,000 to $120,000. The script didn’t sell and remained with the family.

Unfortunately, David’s inscription to Vivien is missing from the book. Sotheby’s catalog states (pages 36-37 pdf) …Vivien’s copy now has a jagged-edged stub where the inscribed leaf has been cut out with a pair of scissors. We’ll probably never know what happened to David’s note to Vivien. Perhaps a guest or fan took it home as a souvenir or one of Vivien’s grandchildren accidentally tore it out. Then there’s always the possibility that Vivien removed the inscription herself, if she were truly mad at David Selznick.

In 1945, Selznick filed an injunction against Vivien, attempting to prevent her from appearing in the play, The Skin of Our Teeth. Sir Walter Monckton, Selznick’s attorney, argued that The screen personality of a leading lady is a very valuable commodity to be treated rather as an exotic plant. Under the terms of his contract with Miss Leigh, Mr. Selznick claimed the right to decide how ‘the exotic plant’ was to be exposed so that it could not be subjected to unwise exposure. …A screen personality is something so expensive and so valuable that a person investing in it large sums of money will naturally say, ‘I want to prevent you from entering into adventures otherwise than with my consent.’

Vivien’s attorney, Valentine Holmes, contested this testimony. He said that it was against public policy to have restrictive clauses in a contract that prevented anyone working in ‘war time.’ No injury to Mr. Selznick could occur through letting her act for eight weeks in the play, but considerable damage and inconvenience would be caused to a number of completely innocent people if she was prevented. He went on with Vivien’s affidavit. It had been decided under American law that a contract such as hers with Mr. Selznick was unenforceable after seven years, and in view of that decision, Mr. Selznick had for some months been urging her to enter into a new agreement. She refused as it would involve her in film appearances over a number of years and separate her for long periods from her husband. Vivien won the injunction.

It’ll be very interesting to see how much Vivien’s personalized screenplay will sell for at auction, especially if two buyers get into a bidding war. There are many Gone With the Wind fans, including myself, who would love to have it as part of their collection.