The first time I saw Vivien Leigh was in the epic movie Gone With The Wind. I was about 9 years old and from the first moment, when the Tarleton twins parted and Vivien was revealed on the porch of Tara, I was hooked.

Vivien brought Margaret Mitchell’s heroine, Scarlett, to life in a vibrant way no other actress could possibly have achieved. George Cukor, the first director of the film, recalled that Leigh had a kind of indescribable wildness about her. Vivien transcribed her wildness brilliantly into the role of a lifetime. 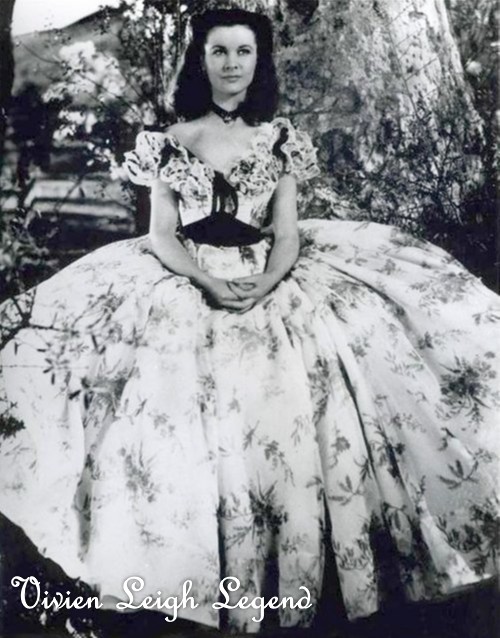 After reading the book for the first time, Vivien decided she’d be the one to play Scarlett. And it was this sort of determination that allowed her to capture the role. She traveled from England to America in November, 1938. And in less than a month’s time, she secured the role of a lifetime. On Christmas Day, 1938, George Cukor told her, Well, Vivien, I guess we’re stuck with you.

David Selznick and George Cukor auditioned hundreds of unknowns and many known actresses for the role of Scarlett.  Alexander Walker writes in his biography of Leigh: The search for Scarlett had taken 2 years, cost $92,000 and included 1,400 candidates of whom ninety had been tested. Two days after they filmed the burning of Atlanta, and Vivien read for Selznick, he wrote to his wife: Saturday night, I was greatly exhilarated by the fire sequence. It was one of the biggest thrills I have had out of making pictures- first, because of the scene itself, and second because of the frightening but exciting knowledge that Gone With The Wind was finally in work. Myron rolled in just exactly too late, arriving about a minute and a half after the last building had fallen and burned and after the shots were completed. With him were Larry Olivier and Vivien Leigh. Shhhhhh: she’s the Scarlett dark horse, and looks damned good. (Not for anybody’s ears but your own: it’s narrowed down to Paulette, Jean Arthur, Joan Bennett and Vivien Leigh). 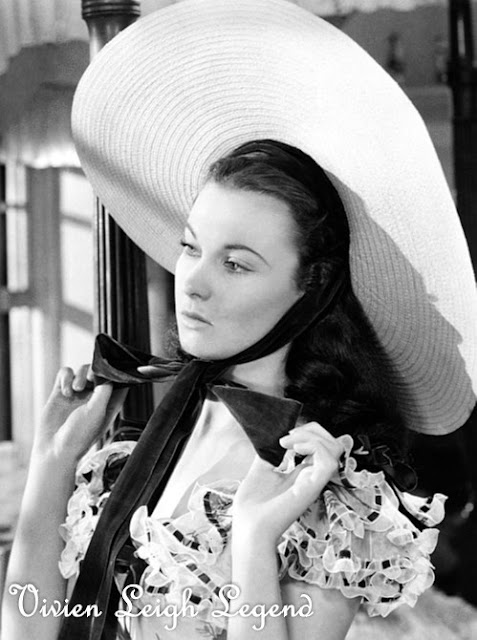 I don’t think anyone imagined the lasting legacy Leigh created in Gone With The Wind. She went on to win the Academy Award for her portrayal of Scarlett, the first of two Oscars (the second was for Blanche in A Streetcar Named Desire, another Southern belle).