Grace Kelly, a Hollywood actress, first met her future husband in May, 1955 at a photo shoot arranged by the studio. He was Prince Rainier III of Monaco, the reigning monarch of a country comprised of 370 acres and from one of the oldest royal families in Europe, the Grimaldis. Eleven months later, on April 18, 1956, the couple were married in a civil wedding, which was the first of their two weddings. The second one was a religious ceremony held the next day on April 19th.

Grace Kelly shows off her engagement ring to her parents, Jack and Margaret.﻿ 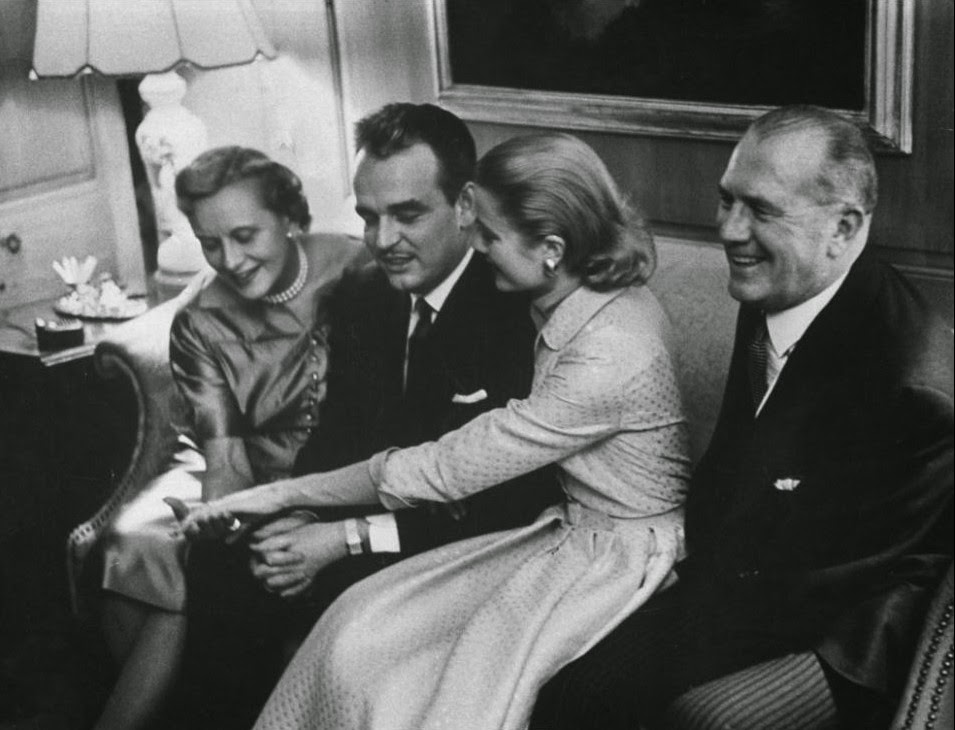 The day after they announced their engagement, the couple were photographed at the Waldorf-Astoria in January, 1956. “I love his eyes,” Kelly gushed. “I could look into them for hours.” 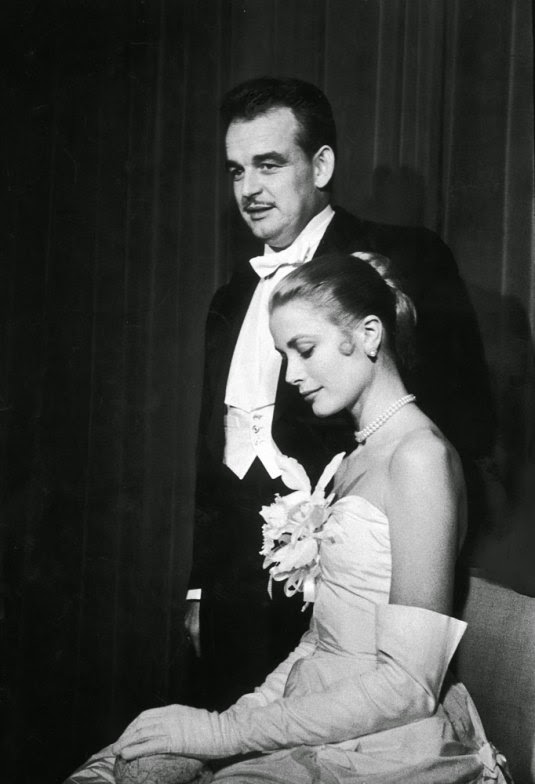 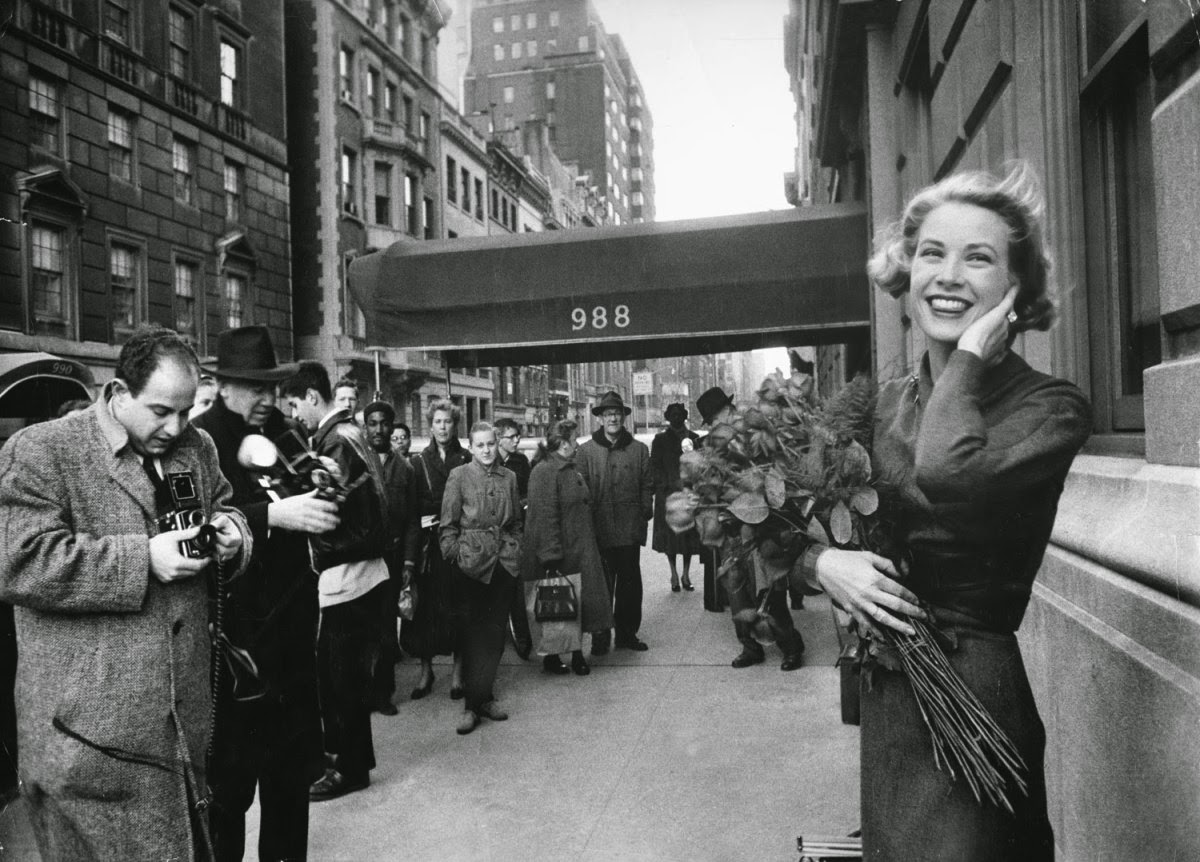 Grace on the streets of New York City in March, 1956, one month before her marriage to Prince Rainier. 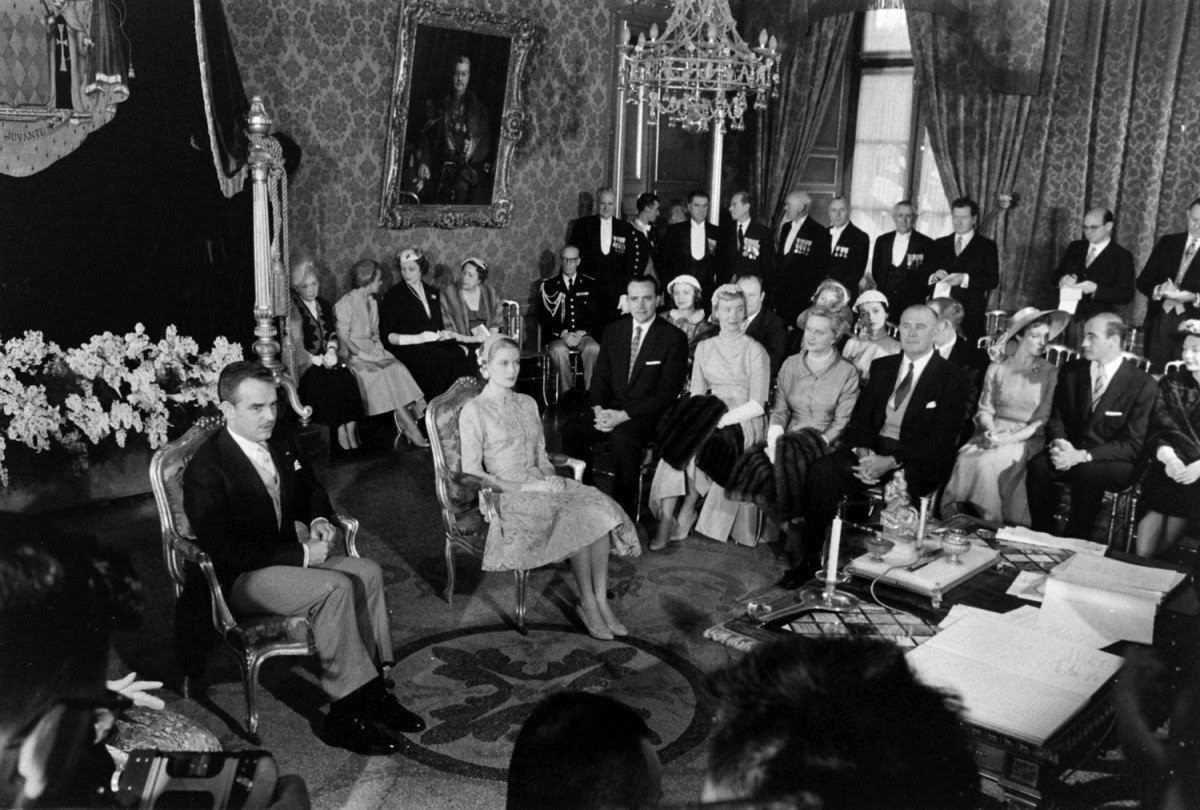 Prince Rainier and Grace at their civil wedding ceremony. The ceremony was conducted in french and held in the throne room of Rainier’s palace. The royal palace of Monaco has been home to the Grimaldi family since 1297. 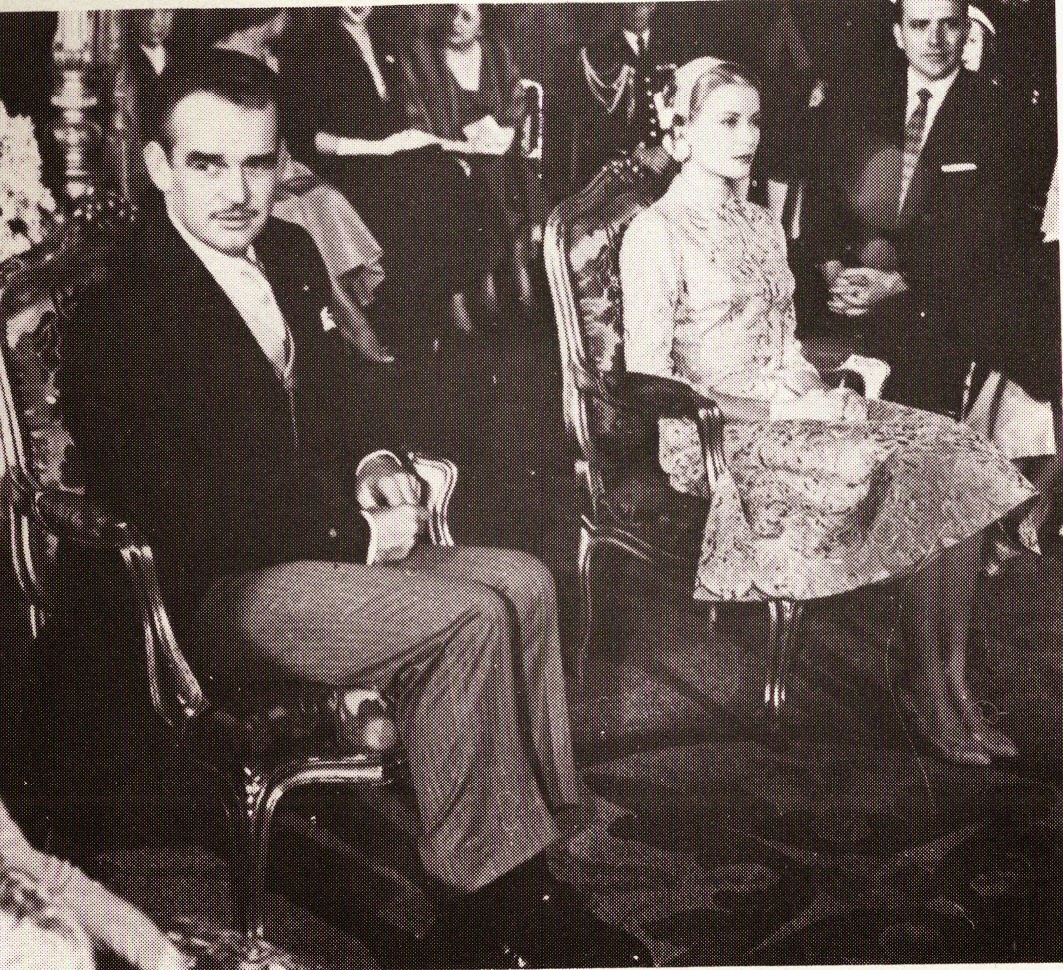 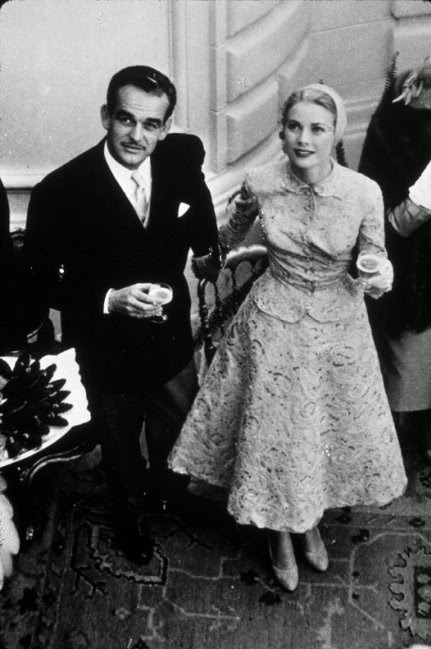 After the ceremony, the newly wedded couple greeted the press and well-wishers. According to People magazine, no guests from other royal families attended either wedding: “Though the guests did not include a single representative from any of the royal houses of Europe, which were inclined to see the Grimaldis as quarrelsome minor aristocracy, the wedding did bring out Ava Gardner, the writer W. Somerset Maugham and Aristotle Onassis. Rainier’s mother came in the company of a former jewel thief, which caused some suspicion among the several guests whose jewels were stolen throughout the week.” 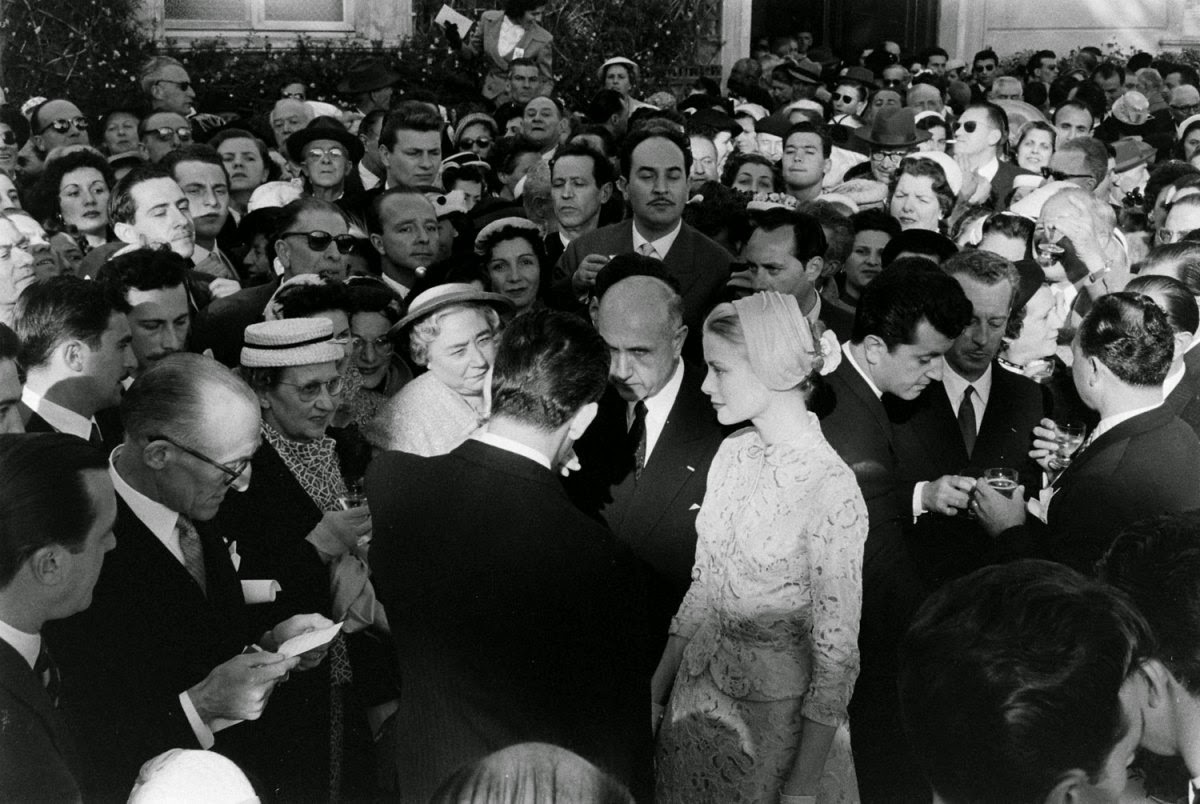 A lovely portrait of the happy couple in their wedding attire. To read about Grace’s wedding gown for the religious ceremony, please click here.

The Search for Scarlett O'Hara