From Modern Screen, 1931
by Walter Ramsey

Almost since the day Clark Gable’s first picture was shown in Hollywood, he has been asked to give his views on women, love, marriage and divorce. His answer has always been “No!” But in this statement, exclusive to Modern Screen, he tells for the first time all of his thoughts, ideals and illusions with regard to the many women he has known — a few of whom he has learned to love.

“Right at the outset,” he said, “I want it understood by those who read this magazine that I have been married twice — not four times, as an erroneous report has it. Nor have I a son — as another report stated. I would have absolutely no reason to be untruthful about the subject in any way . . . many persons have been married a number of times and in most instances married people have children. But I haven’t … so far.” 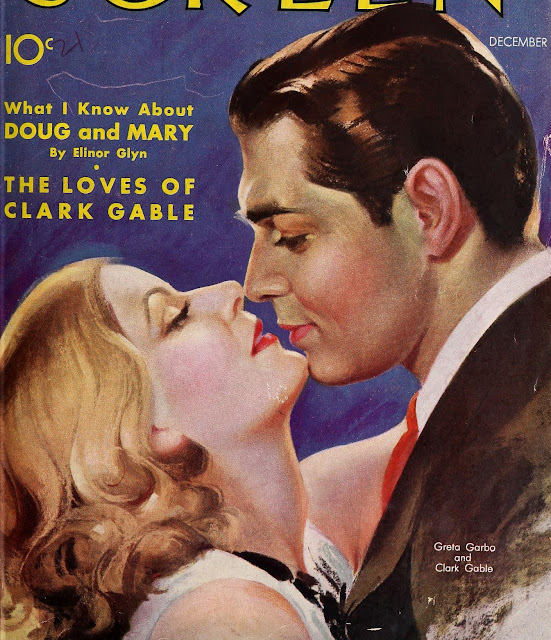 I was quite impressed with this opening statement of Clark Gable’s for the reason that it proved him the type of man who likes to put “his cards on the table” . . . and that is the type of man I have learned to believe. The sincerity with which he portrays a character on the screen isn’t lost one whit in his off-screen attitude. He has the same tone, of conviction over a luncheon table that you have learned to enjoy over the microphone. He is a splendid fellow, personally, and a real gentleman. I asked him, rather hesitantly, to tell me of all the women he had known in his life . . . right from the beginning. He had promised me the story and he came through. But the manner in which Clark Gable tells of the women he has known, stamps him all the deeper as a gentleman. You be the judge!

The first woman I ever knew,” he began with a smile, “made a new man of me! She was seven and I was eight. She was short . . . dark . . . beautiful . . . and brown-eyed. Her name was Treela . . . and since she is now happily married I shall keep her other name a secret. Why it was that I suddenly found myself thinking about her during every waking hour . . . and dreaming about her at night, I don’t know. Up until the time I first saw her I always had utter disdain for ‘gurls’ and had laughed at any of the boys in the gang who gave the opposite sex the slightest glance or thought.
“Two weeks after I met Treela, however, I found myself in a church pew listening with one ear to the Sunday school sermon . . . and watching Treela with both eyes. It rather startled me, I remember, to find myself in church . . . mostly, I suppose, because I had always gone fishing instead. Sunday school had been another thing the gang had always avoided . . . religiously! So, as I said, the first woman I ever knew made a new man of me.
“And believe me, ours was more than a puppy love affair. We swore undying love to each other. Appeared haughty when asked to play Post Office or any of the other games that all the kids went in for. We told each other than it would ‘cheapen our love.’ And I really believe it was more sincere than most youngsters’ love affairs . . . it lasted five years . . . and I still call that more than a passing acquaintance! It was Treela who set the styles — as far as women have been concerned in my life. She was distinctly feminine . . . quite short . . . dark brown hair and the same shade of eyes. She has always remained in my mind as a little old-fashioned girl.
“To show you how much she impressed me, I can truthfully say that until a short time ago I thought of her every day of my life! In fact, so often did my mind wander back over the memories of the five years that Treela and I ‘went steady’ as kid sweethearts, that I decided at one time that I would have to go back to the small town in Ohio and see if she still remembered me.
“I went back to the little place where I had been born and brought up — and I found Treela! Not the same little girl I had been carrying in my memory for all the years. . . but a grown woman. A woman who had been married for quite some time and who introduced me to her husband and two of the cutest little kiddies I’ve ever seen. But I lost something by going back. I replaced the beautiful memory of a little girl . . . with a vivid recollection of a mature woman. The little girl had belonged to me — in memory — but the woman belonged to another man! I’m sorry now that I no longer have that picture in my mind . . . somehow I’ve always given it a great deal of credit for the little happiness I’ve been able to glean from some very lonesome hours. 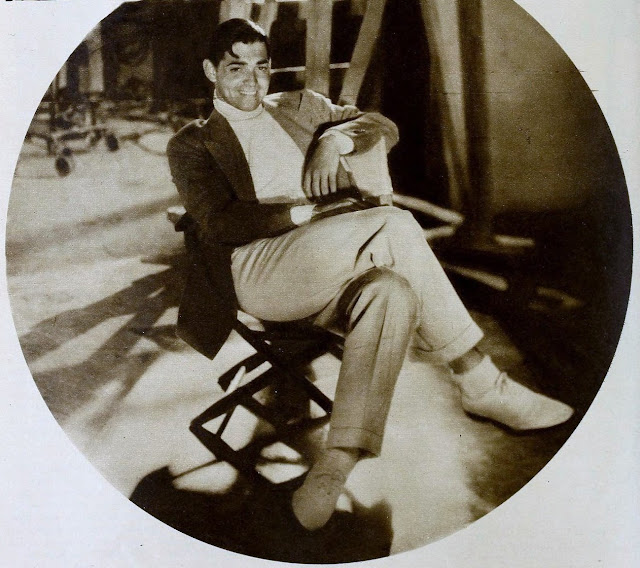 “I’ve often wondered what would have happened to that romance if I had stayed in Hopedale. But I moved to Akron . . . and Akron to me is quite famous for a tall, willowy, golden-haired girl with bright blue eyes. Her name was Norma . . . and we were both fifteen. My memory of Norma is very vivid. But it isn’t the memory of a beautiful face or figure. It may sound silly when I say it, but the thing I remember about Norma was her voice! No, she wasn’t a singer . . and she had never had her voice trained.
“I have the recollection of sitting for hours and just listening. It used to worry me that I should have to interrupt — to ask her an occasional question so that she would continue talking to me. And even now, I think a beautiful voice is one of the most arresting and really rare attributes to be found. To me, a woman is automatically interesting if she speaks in a beautiful voice.
Then, after two years in Akron, I started out on “the high road to Broadway. It was a long road . . . one that led me into little towns you have probably never heard of … a road strewn with one-night stands . . . twenty-five dollars a week . . . when I worked and when I didn’t, there were many times that I was hungry.
‘All during those years from the time I was seventeen until I was twenty-four were spent in day coaches and on the stage. During all this time I met many women. Many of them have become a part of the past. Only a few remain.
“Elsa … a wistful little girl — blue eyes and raven-black hair — five feet tall and quaint as a Dresden doll. She lived in a town in Mississippi. I remember her particularly because she seemed so anxious to prove her sincerity. She was the only woman I met in all those years who seemed to believe that I would amount to something as an actor. She recognized and was quick to forgive the light way in which I looked upon our romance. She showed, in a hundred insignificant ways, that she thought continually of my happiness. I didn’t realize this until long after — but it isn’t easy to forget now.
“Alice . . . another very small girl. She was from the South and her accent intrigued me from the very start. One little mannerism that I recall was the way she had of puckering up her nose when she smiled. It made her appear so much happier than any other person I had ever seen smile that I couldn’t get her out of my mind. She had huge dimples in her cheeks . . . and the corners of her mouth always turned up. And I shall never forget the last waltz we had. It was in a small dance pavilion near a lake . . . there was a colored orchestra playing . . . all the lanterns around the walls had been turned low.  I’ll always remember that . . . that smile . . . and those dimples.
Yes, there were many others. Some I have tried to forget . . . with just as much difficulty as trying to remember others. Some were friendships. A few reached the point of romance. And then, after I had finally got to playing some of the larger cities, I found myself occasionally with women whose only appeal lay in a rather dubious physical attraction. I’ve known the cheap little romances of the actor on a one-night stand. I found that it is very easy for a man who displays emotions on the stage for hours every day to allow himself to do the same off the stage during other hours. I have done it myself . . . and somehow I don’t regret it. I think the women I’ve known have taught me a great deal about life. 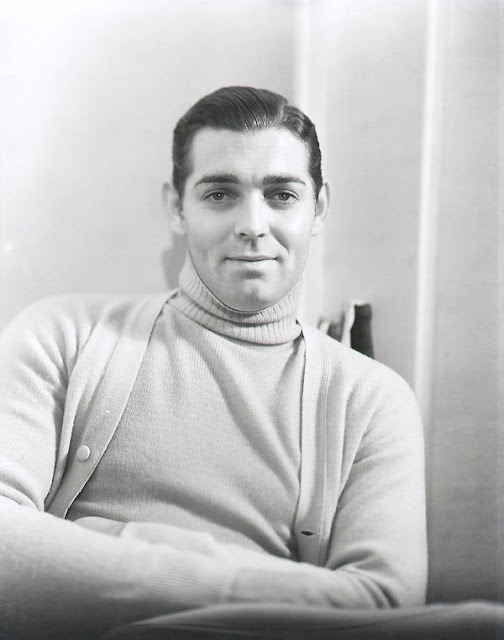 “But all of that comes to an end . . . sooner or later. I mean that sort of hit-and-miss romance. It finally comes time to take life and love very seriously. It came to me at the age of twenty-four. It was then that I met and married my first wife . . . Josephine Dillon. She wasn’t on the stage when I met her, but her life had been the stage until a year or so previous. She gave me something that I had never had before … a constant love and inspiration. Our married life wasn’t of very long duration. . . and I will take most of the blame for that. After a separation of a few years, my wife obtained a divorce. Some are quick to say that it was the difference in our ages that made the marriage impossible. I am not sure whether they mean to imply that I was too young … or that Josephine was older than I. I don’t think age has anything to do with the duration of marriage. It has a much deeper foundation.
Since I’ve come to Hollywood, I’ve married for the second time. My present wife had been married before just as I had . . . she is everything I could possibly desire in a wife and I am sure that this marriage will be the last for both of us.” (In this case, as in the case of his first marriage, the woman is much older than Gable.)
“I have nothing to say concerning either of the two women who have done me the honor to become my wife, except to say that in both cases I married women who come up to the standards I have set for what I call my ideal woman. In just one respect do they differ from the types I always liked as a kid: they are both taller than average. But as far as coloring . . . hair . . . eyes and personality — both are exactly the same as I have always admired.
“That just about finishes what I have to say on the subject of women. I hope, very sincerely, that in answering this call to talk on this delicate topic (so dear to the hearts of the fans) that I have in no way over-stepped the bounds of decent conduct. I like to play the game fairly. I hope I have. This is the first and last time I shall ever talk on this subject for publication. I consider women a real and vital part of my life — but not a part of my career.”
Previous

Fashion Friday #7: Gone With The Wind in Atlanta

Fashion Friday #8: Hollywood Premiere of "Gone With the Wind"