Must She Always Be Little Miss Echo?
by Hubert Cole, originally published in 1940

I doubt that anybody would deny that the biggest screen role– of the past ten years has been that of Scarlett O’Hara in Gone With the Wind. It would be strange wouldn’t it, if the girl who eventually got the role after so much heated competition, should eventually be killed by it? 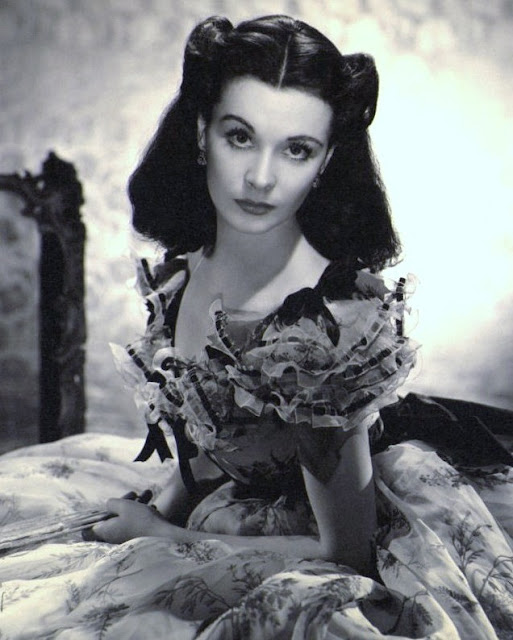 That, I believe, is just what is happening. Miss Leigh, having scored one success with Scarlett, is going to echo and re-echo the role down the ages until everybody is thoroughly sick and tired of it. Unless something is done to stop it.

I am not blaming David O. Selznick, who cast Miss Leigh as Scarlett. The rot had set in some time before that. You can trace the Scarlett character back to A Yank at Oxford. That was the time when Vivien, having played two or three colourless ingénues in quota quickies, and then having been signed up by Alexander Korda with a fanfare of windy trumpets to play another colourless role in Fire Over England, first appeared as an unprincipled hussy.

She was, if you remember, the flirtatious wife of the elderly bookseller. She had so many affairs with the local undergraduates that her long-suffering husband at last decided to move his business. But, as she triumphantly announced, they were only moving to Aldershot. It was a very nice and naughty performance, that one in A Yank at Oxford. Her wide and innocent blue eyes contrasted attractively with her less innocent behaviour. She was a kitten with fully grown claws.

On the strength of that performance she was chosen to play the ambitious Cockney girl in Sidewalks of London. (It’s funny how blurbs of publicity follow Miss Leigh around– as in the later Gone With the Wind campaign, there was a great deal of hullabaloo about finding an entirely new discovery, which ended up with Vivien Leigh getting the part.)

The girl in Sidewalks of London was as determined and unscrupulous as the bookseller’s wife in A Yank At Oxford. She was a little more open about it. She was at less pains to hide the fact that she would ride rough-shod over any obstacles, any ordinary feelings of kindness or gratitude.

And so we come to Scarlett O’Hara. Scarlett belongs to the select few heroines in literature who are intensely interesting and intensely unsympathetic. She is an American Becky Sharp.

She has ambition without principles, strength of purpose without conscience. She was a greater, more detailed study of the girl that Vivien Leigh had already played in A Yank at Oxford and Sidewalks of London. It was as if those two previous roles had been nothing more than a preliminary tryout for the final one.

If, indeed, they had been that –and if the course of training had ended there– all would have been well. A monster production like Gone With the Wind might conceivably call for two test pictures to give the leading lady practice. But the three pictures together, and the triumph that Vivien scored in the third, seem to be her undoing. She is typed as the tough girl; the outward seeming sweet young thing with the callous core.

That, I am convinced, is why she was cast opposite Robert Taylor in Waterloo Bridge. Somebody, looking round for a subject for Vivien’s next picture, said: “Heck, why not Waterloo Bridge? That was all about a prostitute, wasn’t it?”

And Vivien, who is allowed to have no moral scruples on the screen, was given the part. As it happens, the girl in the story isn’t primarily a prostitute– and is even less of one than she was in the earlier version, made before the purity campaigners got such a firm hold on Hollywood.

Actually, Myra in Waterloo Bridge is a very charming young woman, though an extremely foolish one. She becomes a prostitute not through willfulness or lack of moral sense, but because she is rather stupid.

But I’m afraid it hasn’t. Here she is now, off again down the path of mottled morals, playing Lady Hamilton to Laurence Olivier’s Nelson in the new film Alexander Korda is producing in Hollywood.

I’m not quite sure why Korda should be making the film at this time. There is obvious publicity value in the teaming of Olivier and Vivien; there is obvious topical value in the story of a great British admiral; but there is also the strange emphasis (as far as one can judge from the advance pictures) on the intrigue with Lady Hamilton and Nelson’s strange conduct in Naples– a very unsavoury phase of his career. 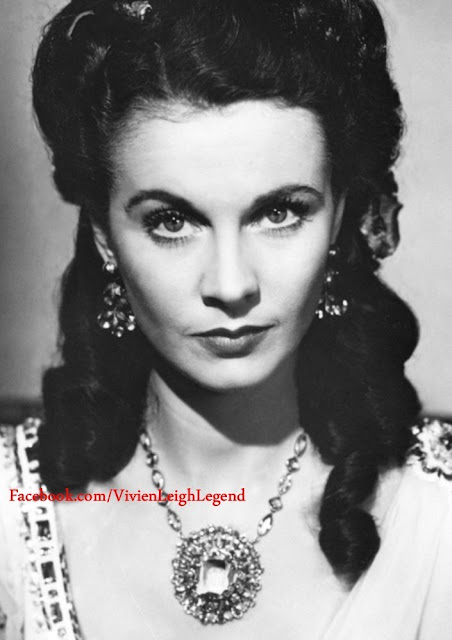 And I suspect that the primary reason why he chose the subject was that Miss Leigh is still under contract to him and he thought Lady Hamilton a sufficiently immoral character to suit Miss Leigh’s style. For Korda, like the rest of the producers, apparently now believes that Miss Leigh has only one style.

Perhaps he is right. He should know more about her work than I do. But Waterloo Bridge, at any rate, seems to suggest she can play a young woman of good impulses and healthy outlook as well as she can the other kind. It may not be entirely the fault of the producers and casting managers that Miss Leigh has travelled so far away from the sweet young thing that she used to be in her early stage and screen days.

Two years ago, for instance, she said in an interview: “Quite a number of people were surprised when I appeared as a vamp in A Yank at Oxford, and took an unsympathetic part in Sidewalks of London. But in both cases, I felt that the roles were interesting and out of the rut. Since the films have been completed and shown, the letters I have received have proved I was right. Most of these letters say how glad the writers are that I have not confined myself to pretty heroine characters.”

To that insignificant statement you can add the story, recently published, that long before Gone With the Wind was ever made– and certainly long before Vivien was approached to play the principle role– she gave a copy of the book to a friend and autographed it from Scarlett.

In itself, the incident means little, except that Vivien not unnaturally saw herself in a role which was bound to be one of the most important on the screen. But set beside what she said in the interview, it seems to point clearly to the fact that she herself had a preference for unsympathetic roles– and believes that the film going public likes best to see her in such roles. I believe she has been misled– both by herself and her correspondents.

There is no doubt she takes her career seriously and laudably aims at becoming a great actress. It is true that many great actresses have played unsympathetic parts and created great reputations in them. It is also significant that, in one of her earliest and worst films, The Village Squire, she played Lady Macbeth.

All the way through, perhaps by chance and perhaps by choice, she has veered toward near villainy, she has appeared as a cold and calculating hussy.

There have been patches when she was just a normal, nice young woman– but she does not seem to have been particularly interested in those roles. Unfortunately, she has some reason to despise them, for they were parts of no great value: the lady-in-waiting in Fire Over England, for instance, and the heroine in Dark Journey— though the film itself was pleasant enough.

So, by avoiding being “confined entirely to pretty heroine characters,” she seems to have dug herself into an equally treacherous rut. If I have accused her wrongly of willfully going unsympathetic on us, I am sorry. If, in fact, she is fighting against such typing, I am doubly sorry– that she has had so little success recently.

There is a great deal of danger in stereotyping her in unpleasant parts. It is difficult– probably impossible– for a young actress to become great if she confines herself to unsympathetic roles. Unless Vivien Leigh breaks clean away from Scarlett O’Hara and all the other minor Scarletts, I fear she is going to find herself in the middle of a lot of grief.