John Rawlings, 1912-1970, was an extraordinary photographer, whose work appeared in fashion magazines such as Vogue and Glamour. He photographed models, socialites, stage stars and film stars, with a career that spanned from the 1930s through the 1960s.
The iconic Vivien Leigh was photographed by Rawlings in 1937. Here, Leigh models a Victor Stiebel evening gown for British Vogue. Stunningly beautiful in this photo, he’s not only captured Vivien’s glamour, but her intensity as well. 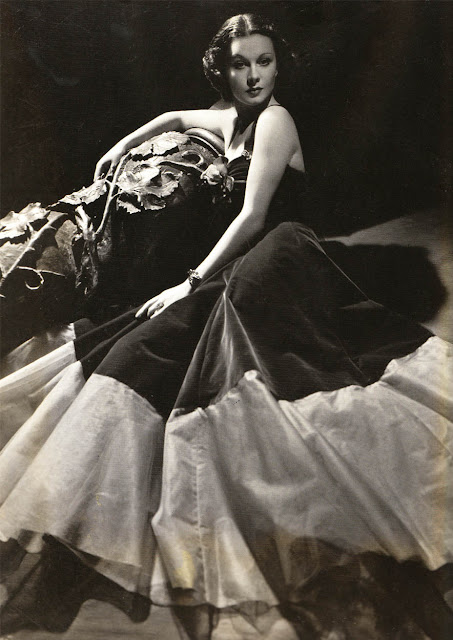 I Married A Witch