The only logical answer to David O. Selznick’s career is, “It’s a lie!” True, he started young, as well as broke and under dramatic circumstances. Yet he had to take time to batter his way into the consciousness of Show-me Town, which for two years let him knock on doors and sent out word, “Go and get a reputation.” Then, when the portals opened, he broke a world’s record for getting fired fast; bounced back and (it’s on the records, Mr. Ripley!) forced himself into attention as a producer of Westerns.

Here are a very few examples of what his remarkable genius for production and casting has given to Hollywood, a town long since cured of being skeptical concerning Lewis J. Selznick’s son. These are reasons why moviedom says “Sir” to “the man with the medals”: Brought Katharine Hepburn to Hollywood; produced A Bill of Divorcement, which made her a star. Prepared production plans for Little Women, and cast Hepburn in that. Launched William Powell in a career of stardom, in Street of Chance. Produced Sarah and Son, Ruth Chatterton’s best, and Honey, Nancy Carroll’s best. Recognized Fred Astaire’s screen possibilities, opened the negotiations which brought him to Hollywood; produced Fred’s first picture, Dancing Lady. Introduced Leslie Howard to the screen; co-starred him with Myrna Loy in The Animal Kingdom; bought the story, Of Human Bondage, that was to lift Howard (and Bette Davis) to cinema heights. Discovered Freddie Bartholomew in a world search for David Copperfield. Produced a long string of Box-office Champions for M-G-M, including Night Flight, Viva Villa and A Tale of Two Cities. Snatched Janet Gaynor from virtual retirement and startled the world with her in A Star is Born. Smashed long-standing admission records with A Prisoner of Zenda. Searched every state in the union and, from 25,000 applicants, selected an Irish-American boy, Tommy Kelly, from the East Bronx, New York City, who will be the nation’s Christmas present in The Adventures of Tom Sawyer. Bought Gone With the Wind from the proof sheets, before the book’s sale started.

What’s the use? The rest is mostly a list of hits. The long trail started at a place as busy as Hollywood — the corner of Forty-Second street and Broadway, New York. It was a sad place for that particular eighteen-year-old boy to stand. Right, left and before him he could see new signs where two years earlier the seven biggest, brightest signs in the area had blinked and heralded: LEWIS J. SELZNICK.

The elder Selznick had been the kingpin of the movie business. Over-expansion and one of those sudden slumps in audience attendance (plus the bankers, those jolly fellows) had crashed the Selznick company. Creditors had received home, fine furnishings, automobiles. Lewis Selznick, under that strain had died.

David stood on that busy corner with just one dollar to his name—a dollar and the offer of a job clerking. From earliest school days the boy had studied showmanship at his father’s knee. Now he made up his mind. Some day there’d be another Selznick company, not only national but international. David spent that dollar in a barber shop and went to see a man who might still listen to a Selznick talk showmanship. A two thousand dollar loan was the result and two of the quickest quickies ever made. One starred Luis Angel Firpo, the prizefighter, and was called Will He Beat Dempsey? It was made in one day, on a Manhattan roof. The second was the result of neat ingenuity. David persuaded Rudolph Valentino to review a beauty parade. He photographed the contest(and Valentino) from every possible angle. Both pictures made money; David went to Hollywood.

There followed two bitter years on Poverty Row, and plenty of trudging, before Metro gave a chance to this youngster who insisted he was a movie producer. The first day on Metro’s lot found young David in an argument with an associate producer. M-G-M had bought a book. The associate producer thought the plot ought to be changed. David thought the plot ought to be followed—he still tries to keep his pictures true to their author’s stories.

“I guess I was impudent,” Selznick admits. He was fired. The boy asked for two weeks’ grace. In that two weeks he bombarded executives with ideas until they agreed: “We’ll have to put this fellow to work, or he’ll run us crazy.” 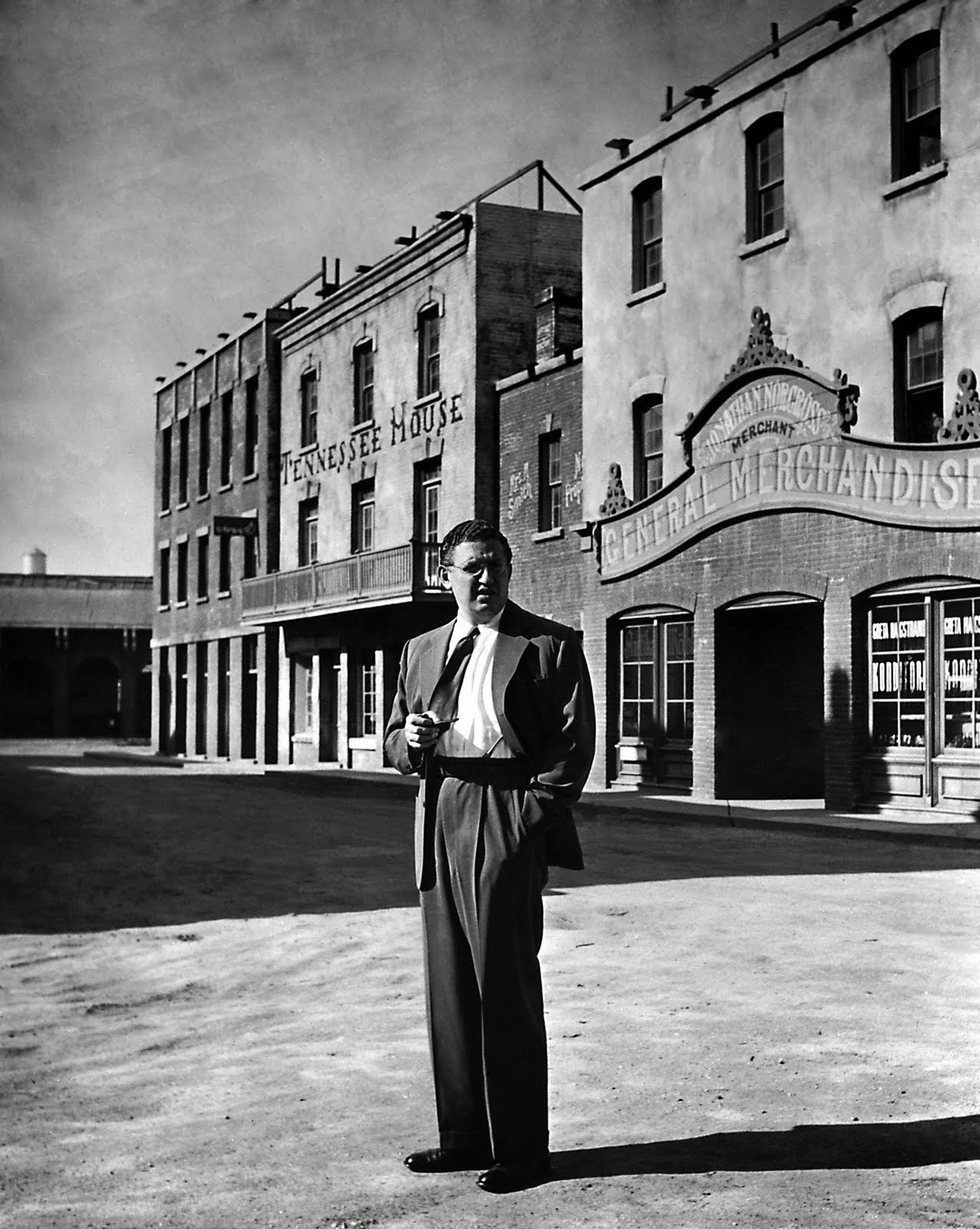 They put him to work, as assistant story editor. He never let them forget he was really a producer, and finally he drew the Tim McCoy Westerns as his particular charge. He cut costs, turned out popular pictures; Paramount offered him his chance at serious drama. The rise at Paramount; equal success as production head at RKO; marriage, after his success was made, to Louis B. Mayer’s daughter; the time when all the studios bid for his services and Metro bid the highest; those years of happiness and accomplishment comprise vital motion picture history. One of the noteworthy things about Selznick is that he rates audience intelligence far above what many wiseacres and wise-crackers contend is the fact; further, he believes that human nature reacts to true emotion more promptly than to cynicism or “smartiness.” Before A Star Is Born was completed he talked with me about why he had faith in that picture. “The only film concerning Hollywood that ever made money,” he said, was What Price Hollywood? The reason was that it played the town “straight” instead of gagging it. Hollywood is a community of real drama —struggle, triumph, disappointment, folly and sacrifice—more thrilling than most stories on the screen. The public would rather have that genuine drama than the smart cracks of writers who think themselves sophisticates.”

At Metro, the young producer became “the man with the medals,” winning almost every important award offered, nationally and internationally, for fine pictures. He left that studio because of that old, never-forgotten dream, conceived on Forty-second street and Broadway— to put the name Selznick at the masthead of a world-famous motion picture company. John Hay Whitney and others offered him backing. What a result! Four Selznick International pictures, playing the Music Hall in New York, grossed a total of $1,024,000 in that one theatre alone. The pictures were Little Lord Fauntleroy, The Garden of Allah, A Star is Born and A Prisoner of Zenda. If you really love B pictures, you will never be a Selznick fan. He can’t see the idea of making one big one and selling four skimpy ones on the reputation of the smash. He thinks that what you want is none but the best, and that none but the best is good enough for you. His name will never be associated with anything except the $1,000,000 stab or the $2,000,000 stab at the finest possibilities of the screen. I’ve an idea he’ll go to his grave as A-picture Selznick.