This weekend marks the 75th Anniversary of Waterloo Bridge, which premiered on May 16th, 1940. Waterloo Bridge is a beautifully filmed, romantic melodrama, directed by Mervyn LeRoy and starring Vivien Leigh and Robert Taylor. The movie was based on the stage play (same title) by Robert Sherwood and had already received the Hollywood treatment once before, in 1931. The pre-code version is definitely worth watching for the fantastic performance given by Mae Clarke, in the lead role. In 1940, the play was adapted for the screen by Hans Rameau, Samuel Behrman and George Froeschel, and produced by Sidney Franklin. 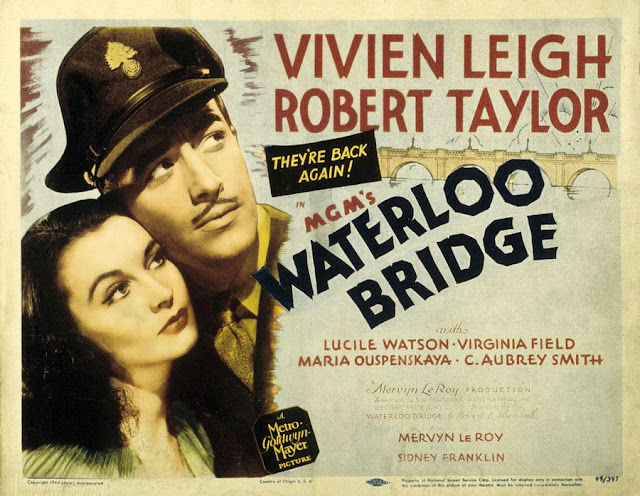 Waterloo Bridge was a very important movie for Vivien Leigh as it marked the first screen role she undertook after her Academy Award winning performance, as Scarlett O’Hara, in Gone With Wind. Everyone was waiting to see if she was a flash-in-the-pan or if she was here to stay. Vivien portrayed Myra with a beauty and sensitivity that left no movie-goer, critic or Hollywood mogul in doubt that here indeed was true talent.

The movie opens, in London, during World War II. The screen is a dark gray matte, then a man’s voice comes over a loudspeaker, with wartime instructions for the Londoners. The camera pans over the crowds, then focuses on a group of schoolchildren. It’s a grim reminder of war and the tragedy it brings. Joseph Ruttenberg’s dramatic photography earned him a well-deserved Oscar nomination for Waterloo Bridge for Cinematography (B&W). 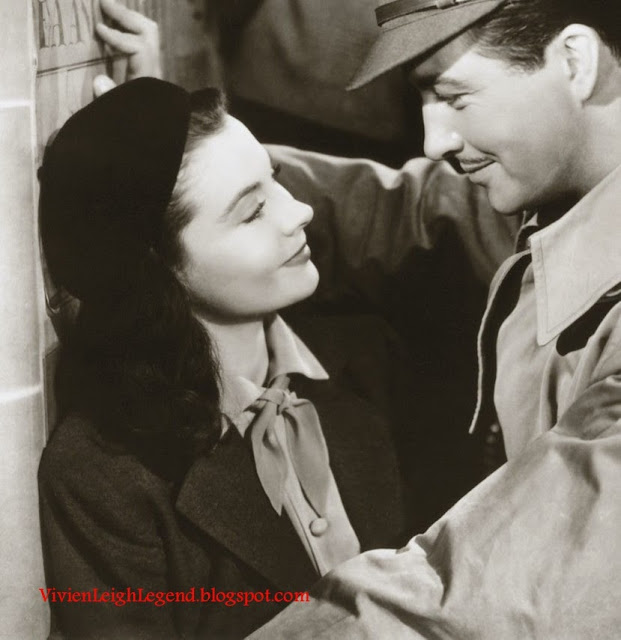 Roy Cronin (Robert Taylor) is a Colonel in the British army, who pauses on Waterloo Bridge and reminisces about a dancer named Myra Lester (Vivien Leigh) he met when he was a young man, during World War I, on that same bridge.

Roy and Myra met back then, as sirens blasted through the air, warning of impending air raids. They sought shelter together, huddling among the masses, in an underground bomb shelter. Roy’s a captain in the army and Myra’s a ballet dancer for a troupe run by a strict Madame, played by Maria Ouspenskaya. 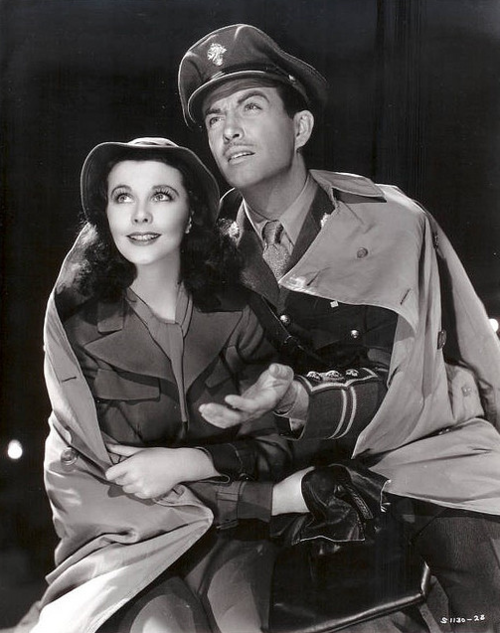 Roy and Myra embark on a whirlwind, forty-eight hour romance, which director Mervyn LeRoy vividly captured in close-ups, music and lighting. Though Herbert Stothart received an Oscar nomination for Music (Original Score), the song that stays with the viewer the most is Auld Lang Syne. It’s the song that Myra and Roy dance to for the first time and marks the scene in which they fall in love. It’s a significant, tender scene in which LeRoy decided no words would be necessary to convey the characters’ thoughts. 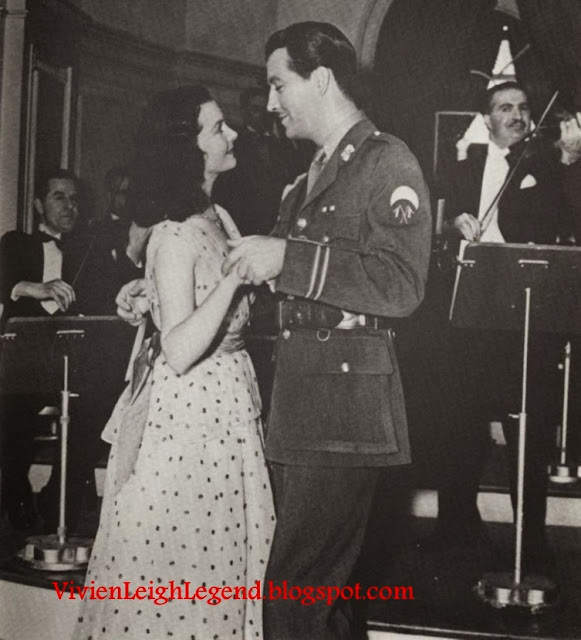 Unfortunately for Myra, and their romance, Roy is called away to the front. Then disaster strikes her heart as she reads Roy’s name on the casualty list and she falls into a tailspin of despair. Destitute and unable to find work, Myra now makes her living on the streets. One night, while plying her trade at the train station, a miracle happens: Roy returns. He’s overcome with joy at seeing Myra and gushes nonstop, completely unaware of her emotional struggle. Vivien Leigh’s expressive face shows well the inner turmoil Myra experiences: shock, disbelief, hope, love, tears and misery. All these emotions cross her face in a matter of seconds. What now for these two? Will they recover from the time apart or will their love be crushed by all that’s happened since Roy went away? 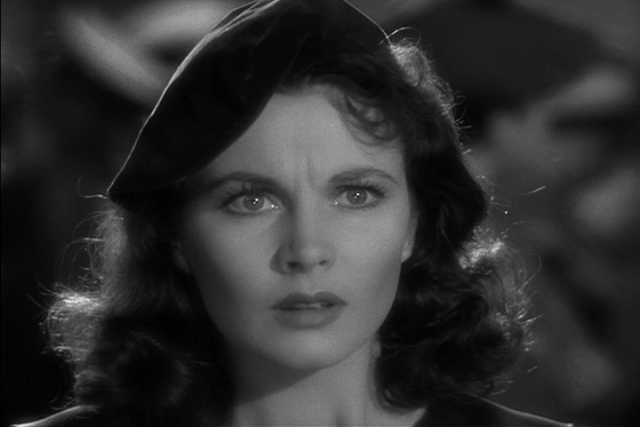 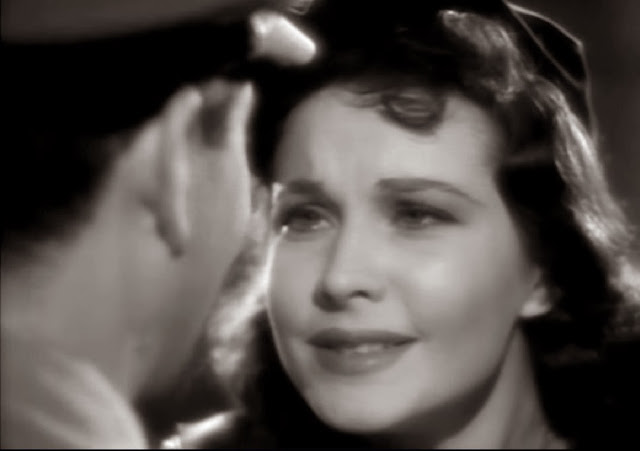 Vivien gives a poignant performance, most notably during her reunion with Roy and later, with his mother. In a rare moment, Vivien even gives us a taste of her comedic skills, when she spies Roy waiting for her in the rain, and rushes to get ready. Taylor’s performance is all happiness as his character sees nothing but the good in Myra.

Other members of the cast include: Virginia Field as the memorable Kitty, Myra’s best friend; Lucille Watson as Roy’s mother; and C. Aubrey Smith as his uncle. 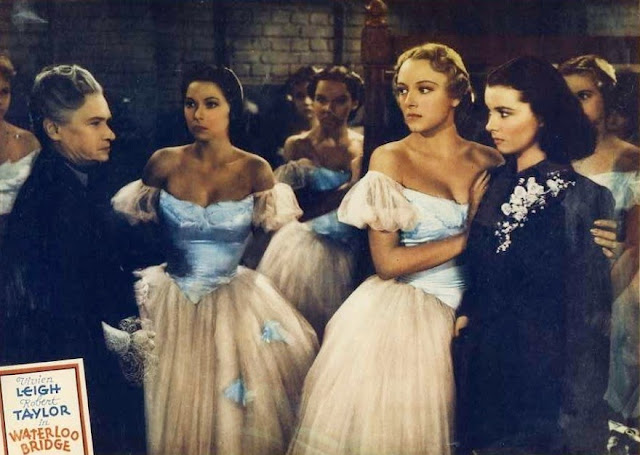 Robert Taylor, while in the midst of filming Waterloo Bridge, had this to say: This is the first good picture I’ve had in a year. I’m lucky to have Vivien Leigh with me. She’s the biggest bet in Hollywood. People will come to see her who’d never dream of wanting to see me. 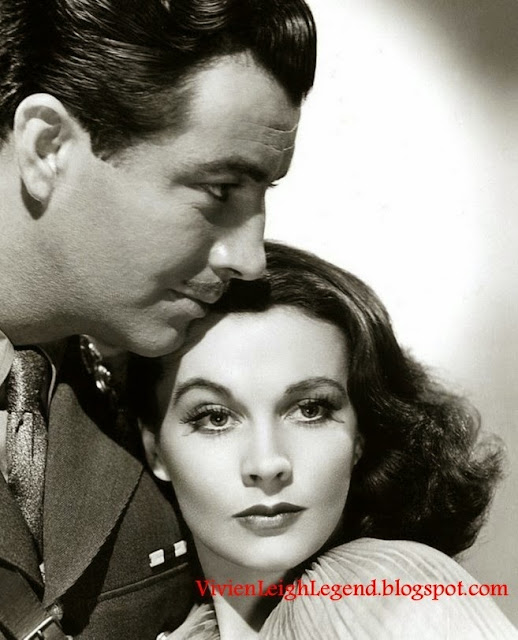 On wanting to do a role like Myra, as opposed to another role like Scarlett, Vivien said: The danger is one every actor dreads. It is being typed. Nothing could be more fatal. It would be pleasant to be able to live in the past. I cannot deny that playing Scarlett was a great satisfaction. I am not unaware of my good fortune. At the same time, I am sure audiences would soon tire of me as a perennial Scarlett. I know I would tire of a continuous Scarlett portrayal. It is variety that keeps an actor interesting. Besides, I am always keenly enthusiastic in whatever I am doing. The past can take care of itself.

Some trivia about Waterloo Bridge:

This post is part of My Favorite Classic Movie Blogathon and National Classic Movie Day, hosted by Rick from Classic Film and TV Cafe. Please pop over to see other contributions.

Evil Under The Sun