Many people who watch Gone With the Wind wish the movie had ended differently. Rhett’s parting words to Scarlett, Frankly, my dear, I don’t give a damn, still makes people talk. And the question everyone wants answered is: What happened to Scarlett and Rhett? 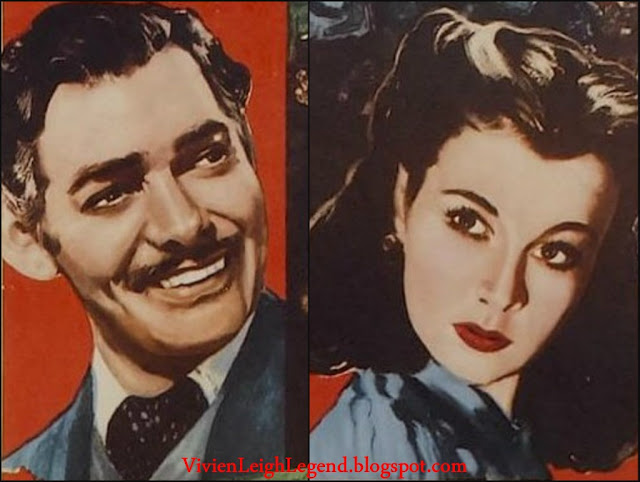 Back in 1940, just months after Gone With the Wind had hit the big screen, Screen Guide magazine wondered the same thing. The fadeout of Gone With the Wind whets the curiosity of moviegoers. They watch Scarlett return to Tara alone, deserted by Rhett and they argue hotly among themselves about what happened afterward. “He’d never go back to her!” “Oh yes, he would!” “He wouldn’t have to, she’d go to him!” The controversy surrounding the ending of Gone With the Wind is no criticism, but a great tribute to the film’s compelling force. So real are the characters created by Clark Gable and Vivien Leigh that they do not cease to exist when their images on the screen fade. Their lives go on in the imagination of every moviegoer.

Screen Guide held a contest for an additional ending to Gone With the Wind. The prize was $10 and the winner was Arnold Manning, a member of the Navy, stationed on the USS Portland. Illustrations to Manning’s story were completed by Bernard Thompson.

“I don’t give a damn!” was Rhett’s weary reply to Scarlett’s selfish cry. “What will become of me?” Now see what might have happened after that. 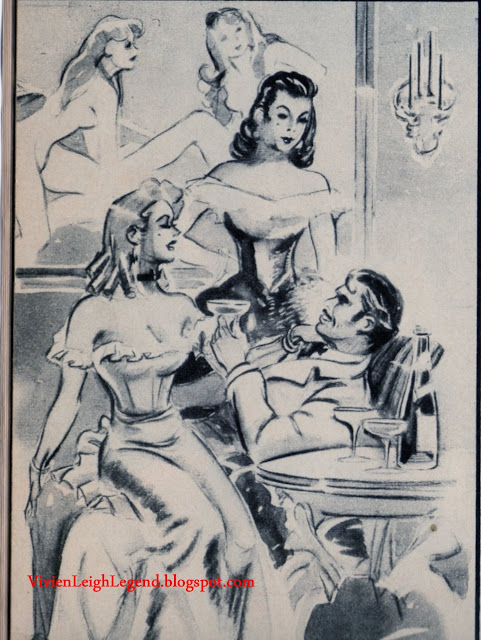 Rhett tries to forget in the company of  Charleston’s Belle Watlings, drinking too much, cursing Scarlett. Meanwhile, Scarlett, fearing the pitying amusement of gossips, again plays the coquette with man after man, stealing younger girls’ lovers. 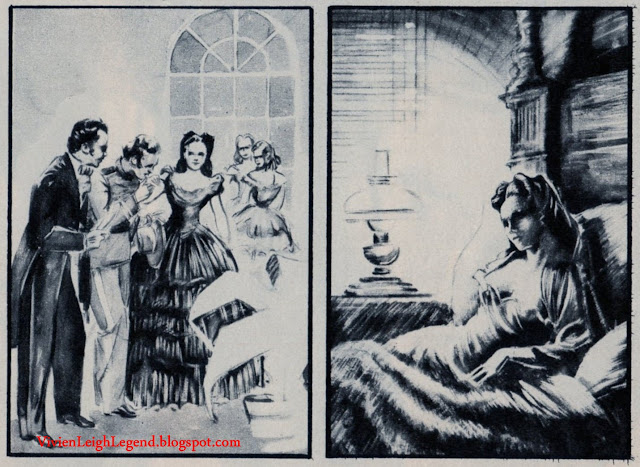 Alone, Scarlett gives way to despair, realizing that she cannot live without Rhett. “I’ll think about that tomorrow,” the little opportunist used to say. But this problem she must think about now. She begins to plot ways and means of bringing Rhett Butler back to her.

Aboard his ship, Rhett continues to drink himself into insensibility, determined not to return to his wife, but still unable to break her hold over him. He decides to set sail on a long voyage. Scarlett, when she hears of the plan, takes desperate action to forestall it. 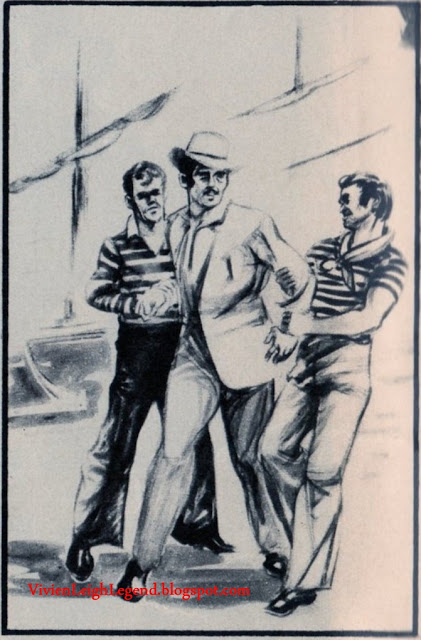 Scarlett has Rhett kidnapped and brought to their home. They spend another night like the one after Rhett carried her upstairs, but this time it is Scarlett who takes the aggressive. All goes well until he sobers up, and then he becomes furious at her trickery. 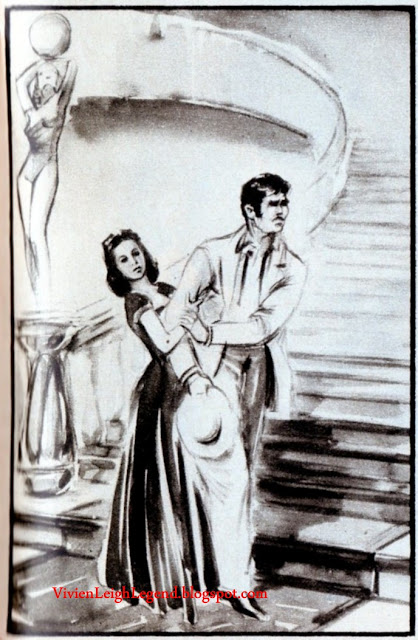 He slams  out of the house, returns to this ship, and gives orders to sail. He retires to his cabin with a bottle. No matter how much salt water he puts between himself and Scarlett, Rhett is never able to escape from the love he once thought was killed by her selfishness.

A day out to sea, Rhett wakes up, smashes an empty bottle against the cabin door, yells for a full one. A hand sets the bottle on the table. For a moment he thinks he see Scarlett before him, but convinces himself that the vision is a drunken mind’s hallucination. 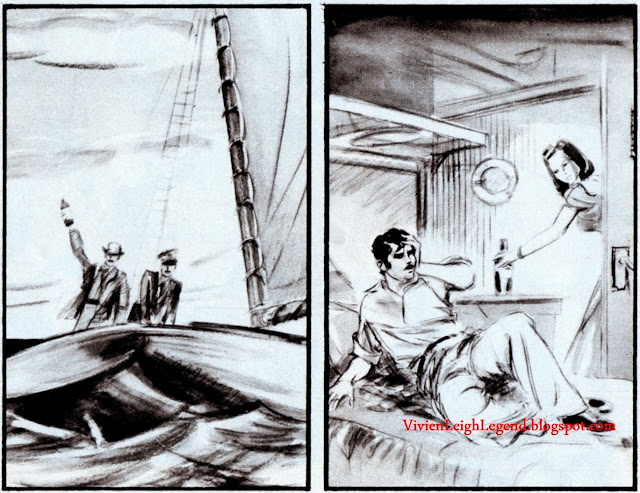 Moments later, a slightly more sober Captain Butler appears on deck. He stops by the mate at the wheel, begins to ask, “Did you see…?” Looking at the seaman’s poker face, he finishes, “Never mind.” “Your wife, sir?” the mate asks. “My wife?” “That’s what she said, sir. She said you’d be looking for her, and that she would be waiting in the fo’c’sle.” 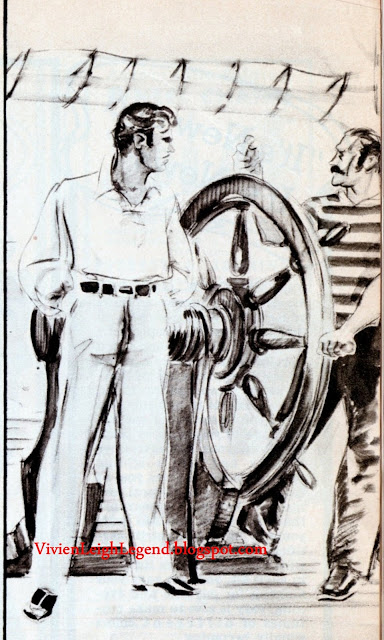 Rhett strides angrily along the deck, fists clenched. “My wife! I’ll throw that hussy in the brig. Said I’d be looking for her! If she thinks that I’ll come running any time she snaps her fingers– this time I’ll kill her!… My wife,” he muses. “She said she was my wife.” 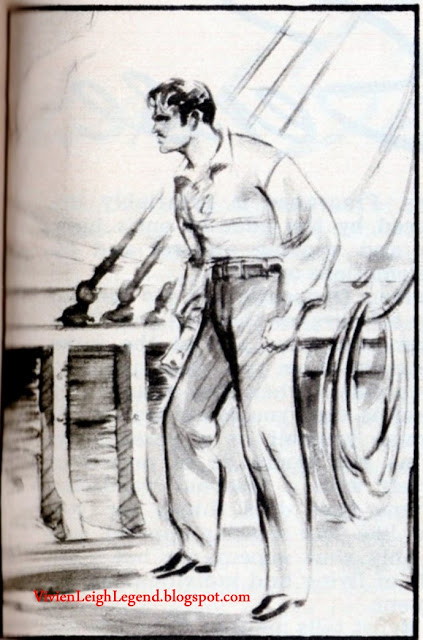 A different Scarlett waits for him– proud, yet mutely appealing, promising surrender. “So you said you’re my wife!” His manner changes. “You still say it– and Scarlett, I’ll hold you to it!” 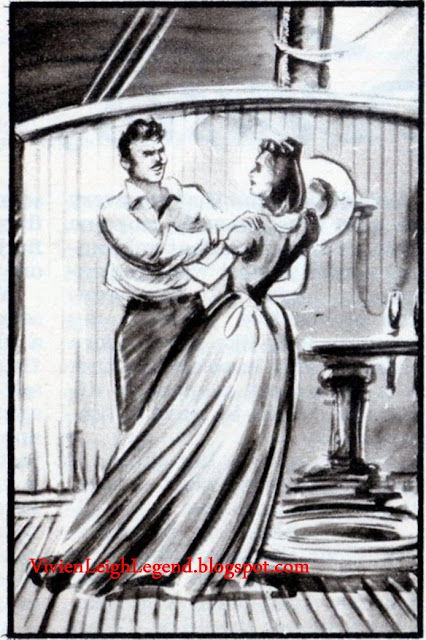 And Rhett and Scarlett return together to Tara, to the land. Fadeout. 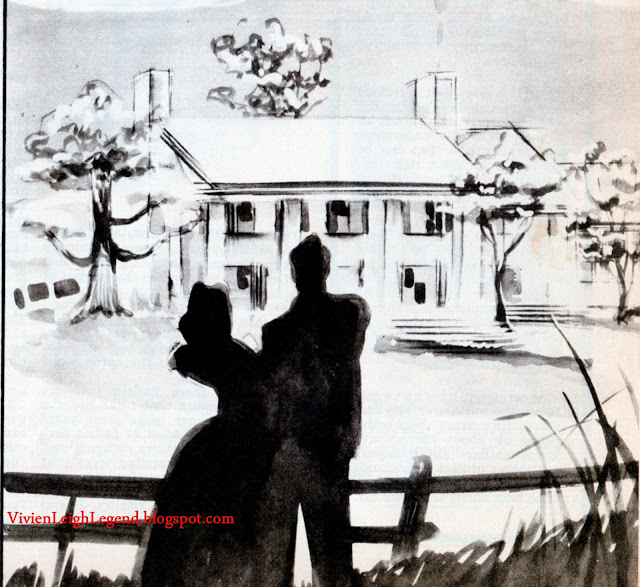 Darjeeling, India and the Birth of Vivien Leigh

How Shakespeare's Skull Was Stolen