Seventy-Five years ago this month, Vivien picked up a pen and signed her fate away as Scarlett O’Hara. The signing of this historic event, like the search for Scarlett, was mostly a publicity stunt, orchestrated by David O. Selznick.
In this picture, the men are (from left to right): David O. Selznick, Leslie Howard and George Cukor. Sitting down in the front row: Vivien Leigh and Olivia de Havilland 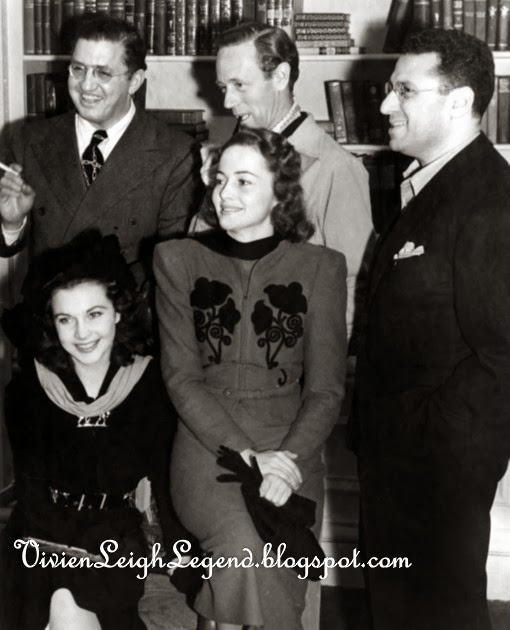 Vivien wore a black outfit, a large-brimmed, off-the-brow hat secured with a long cream silk scarf which looped round its crown and usefully concealed her long neck on the way back. She did not remove her gloves when she picked up the pen: she was still sensitive about her outsize hands. -from Alexander Walker’s book Vivien. 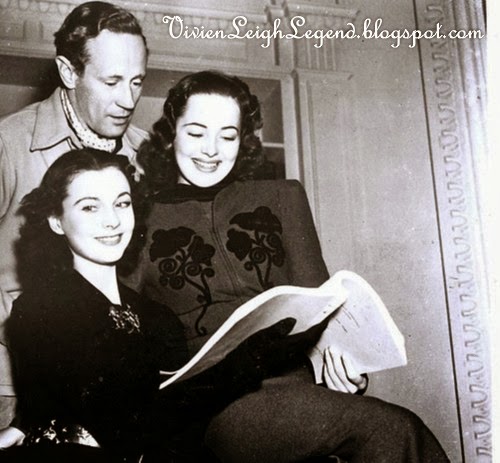 Three days before the contract signing, Selznick had announced the final cast for Gone With the Wind. Newspapers across the country ran headlines about an English girl from India playing a southern girl. One such account went as follows: Vivien Leigh, a little British actress with an elfin face and wasp-like waist, today became the answer to Hollywood’s longest prayer. The article went on to describe Margaret Mitchell as pleased and delighted in regard to the casting of Miss Leigh as Scarlett O’Hara. 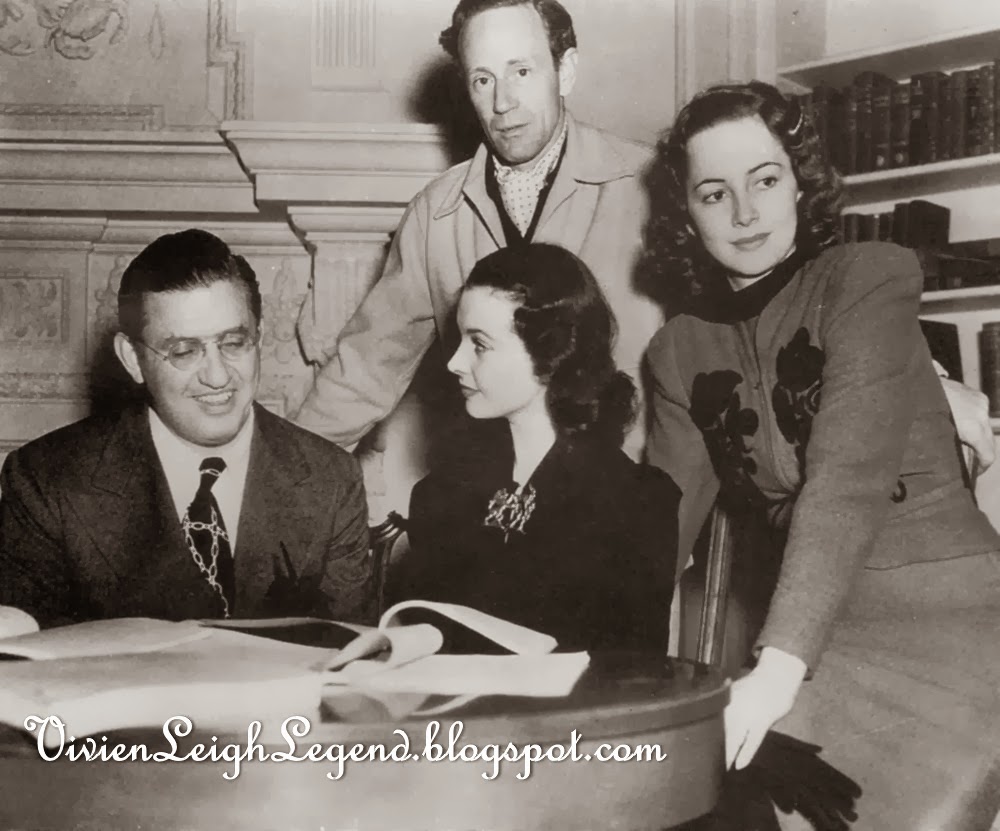 Since the first time she read Margaret Mitchell’s masterpiece, Vivien had wanted to play Scarlett and in just a few days time after signing her contract, she would start filming Gone With The Wind. 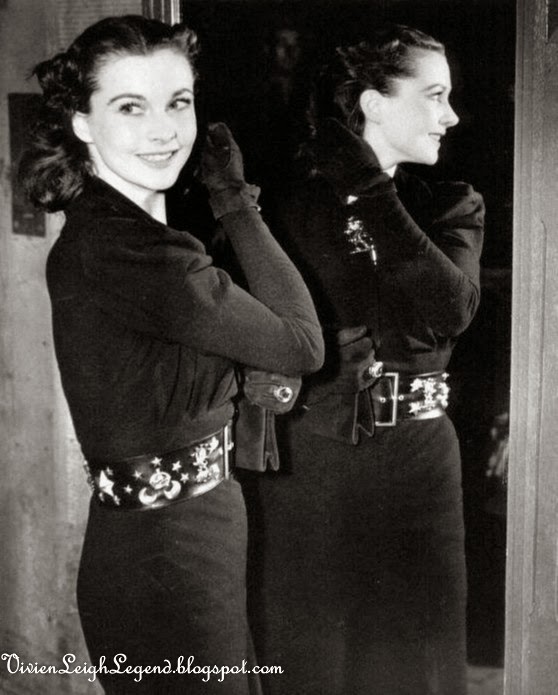 Vivien always looked chic and this historic event was no different. She accessorized her black outfit with a lion & unicorn brooch at the neck and a starry belt around her tiny waist. 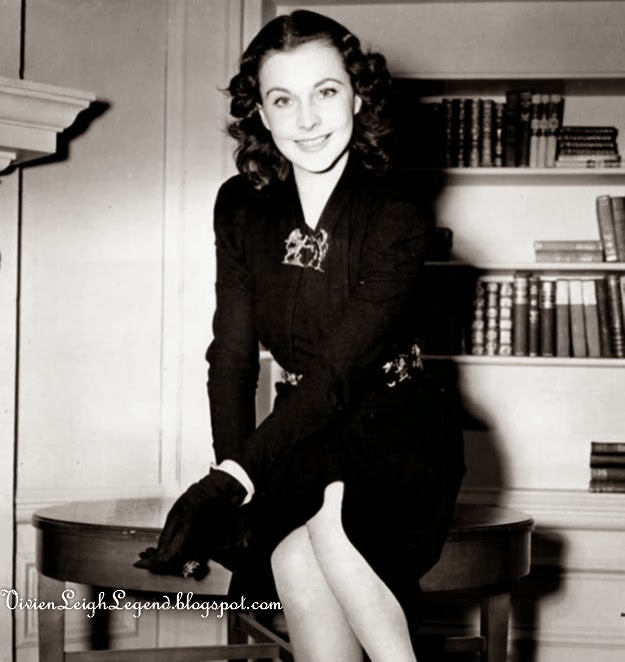 The filming of Gone With The Wind would take place in 1939, from January until June, with additional retakes in the fall. The movie would premiere the same year in December; first, in Atlanta, followed by premieres in New York and Hollywood.

Alicia Rhett Passes Away At 98