In Gone With the Wind, Vivien Leigh’s costume jewelry was created by Eugene Joseff. Joseff worked with his longtime friend, Walter Plunkett (Gone With the Wind’s costume designer) to create the perfect pieces for Vivien to wear onscreen. Joseff began his Hollywood career in the 1920s, creating some of the most gorgeous pieces of jewelry ever seen on the silver screen. After his death in 1948, his wife, Joan Castle, took over the business, creating jewelry for the movies until 2006.

Besides Gone With the Wind, their work can be seen in hundreds of movies such as The Shanghai Gesture, Gentlemen Prefer Blondes, Cleopatra, The Virgin Queen, Cover Girl, High Society, That Hamilton Woman, Anna Karenina and the list goes on!

For today’s Fashion Friday post, I thought we’d look at one of the costumes and necklaces from Gone With the Wind. Rhett and Scarlett have just been married and are currently enjoying their honeymoon in New Orleans. Scarlett wears a sumptuous, midnight blue gown, adorned with lovebirds. 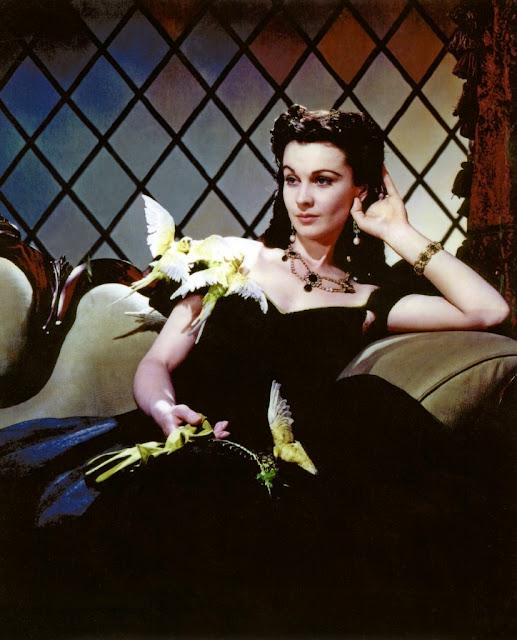 In the movie, we only see Scarlett sitting down, while wearing this dress. The Butlers are eating at a restaurant with CanCan dancers as the entertainment. I really wish I could find a full-length photograph of Vivien Leigh in this dress.

Around Vivien’s neck is this gorgeous diamond and amethyst necklace. The diamonds are really iridescent stones, which set off the simulated amethysts. Joseff certainly knew how to deliver the Wow factor!

Scarlett’s necklace is set to go on the auction block in November. Since it’s from one of the most iconic and beloved movies of all time, I think the selling price will be quite high. In addition to the necklace, Vivien wore a matching bracelet, which is stunning with its intricate detail.

Besides Gone With the Wind, the necklace appeared in three other films.

It’s first appearance, after Gone With the Wind, was in the 1948 movie, Let’s Live A Little, starring Hedy Lamarr. 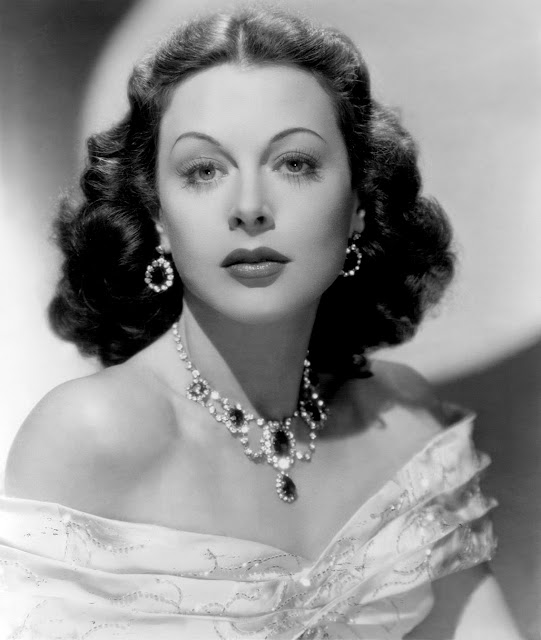 The next time we see the necklace, it’s adorning Ginger Rogers in The Barkleys of Broadway, in 1949. It appears that the strands were tightened to give it more of a choker look. 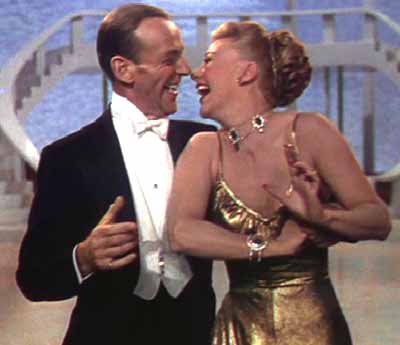 The last leading lady to wear the necklace was Linda Darnell in Blackbeard the Pirate, from 1952. The necklace now appears to have been returned to its former Gone With the Wind glory.