Vivien Leigh loved fashion. She enjoyed clothing and all the accessories associated with dressing like a true star. She had a great sense of style and had a lot of fabulous fashion moments throughout her lifetime. To celebrate her style during the 50th anniversary of her passing, I’ve put together a top ten list of my favorite fashions that Vivien wore in real life.

Vivien Leigh married her first husband, Leigh Holman, in a Roman Catholic ceremony on December 20th, 1932 at St. James Church, in London. Vivien’s father, Ernest Hartley, walked her down the aisle. For this special occasion, Vivien wore a gorgeous, long-sleeved gown made from white satin. She carried a bouquet of roses mixed with baby’s breath and fern leaves. Her hair was styled in the latest fashion, covered by a crocheted Juliet cap with a floor-length veil attached. Vivien’s wedding band was an eternal ring of diamonds. 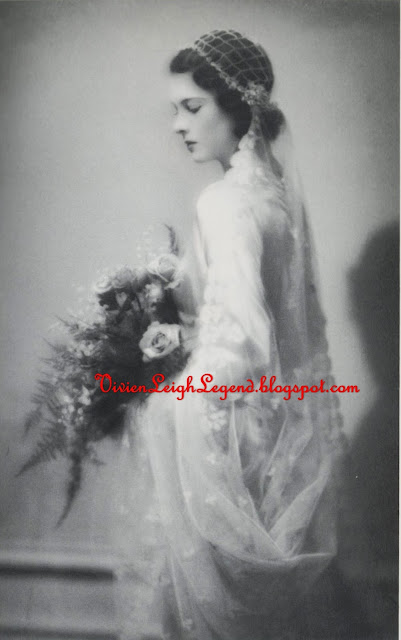 In late fall of 1939, Vivien Leigh and Laurence Olivier stepped up their fashion game at a tennis match in Hollywood. Vivien wore a hat with a swooping scarf, while her hair was caught up in a fetching net a la Scarlett O’Hara in Gone With the Wind. Olivier looked quite debonair in a stylish suit. 3. Hollywood Premiere of Gone With the Wind

On December 28th, 1939, Gone With the Wind finally had its premiere in Hollywood. The premiere was held at Fox’s Carthay Circle Theater. For this special night, Vivien chose to wear a fuchsia colored evening gown. The gown’s bodice and matching purse were both studded with matching fuchsia sequins. More sequins decorated the hood and its veil. Vivien Leigh’s dress was designed for her by Walter Plunkett, who had also created her Atlanta premiere outfit. It’s a shame there are no (known) color photos of Vivien in this dress. The fuchsia color would be amazing against her dark hair. 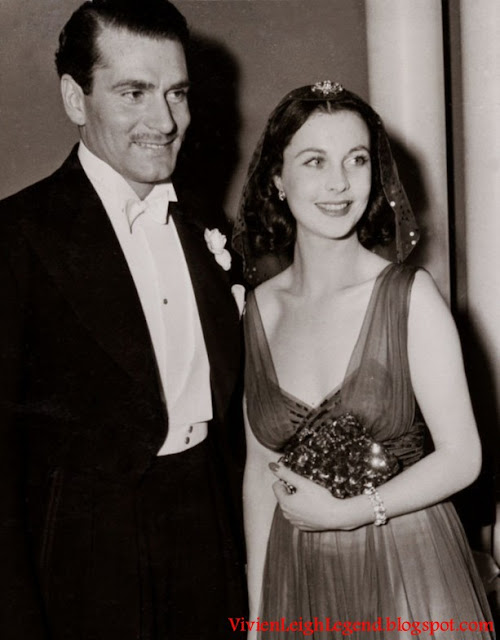 Vivien wore a stunning, floor-length gown by Irene as she attended her first Oscar ceremony, in February, 1940. Irene Lentz was a fashion designer, whose salon was located inside the Bullocks-Wilshire department store. In addition to designing costumes for the movies, Irene also designed for private customers, which included many of Hollywood’s top stars such as Carole Lombard, Marlene Dietrich, Claudette Colbert and Loretta Young. In the fall of 1939, Irene held a fashion show for one of her collections. The gown Vivien chose for the Oscars was listed as item number fourteen with the simple description of red poppy evening gown. The green printed chiffon dress featured the aforementioned red poppies with hints of yellow, gray and blue mixed into the gown’s color palette. Vivien won the Best Actress Oscar for her role of Scarlett O’Hara in Gone With the Wind. Vivien’s chiffon gown featured spaghetti straps, side cut-outs and a low-cut bodice. Her topaz pendant, set in yellow gold, hung from a slender chain around her neck, drawing attention to the deep V of the dress. Vivien chose costume jewelry to complete her look, a bracelet and large ring, to match the tone set by the pendant. 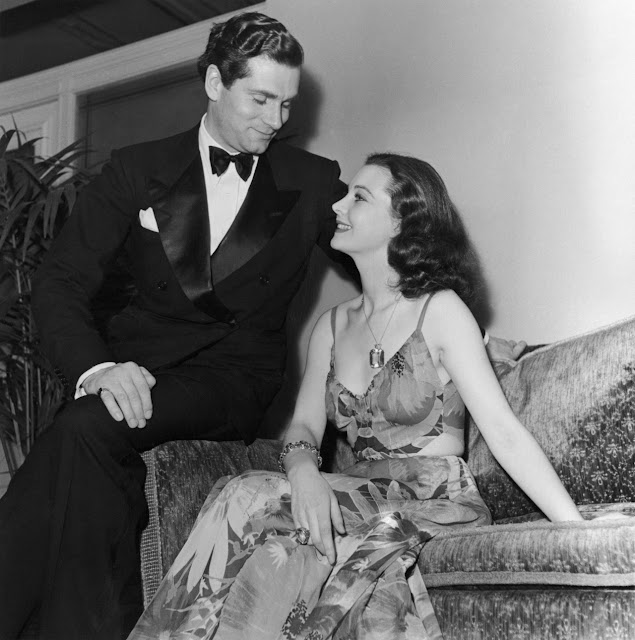 In 1946, Vivien and Laurence Olivier travelled to the United States. Olivier was coming with the Old Vic Company to perform in New York City. For the trans-Atlantic journey, Vivien swept her hair up into this nifty head scarf, which was then dubbed the Bedouin Bonnet by the press. 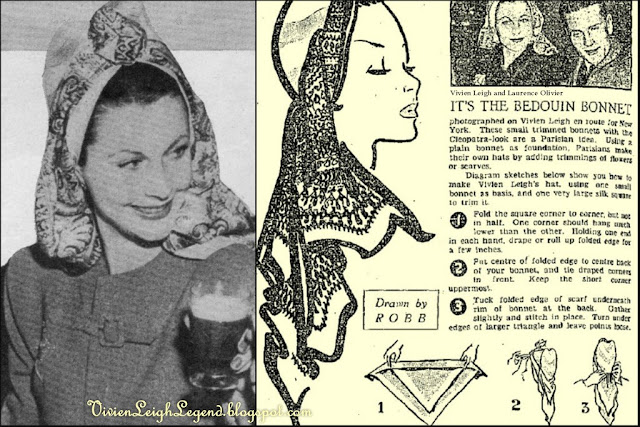 Vivien owned at least two pairs of white sunglasses. In this first picture, Vivien and Laurence Olivier are seen in Tasmania, in 1948. How cute does Vivien look all wrapped up? The second picture, containing a slightly different style of sunglasses, is of Vivien in Portofino. 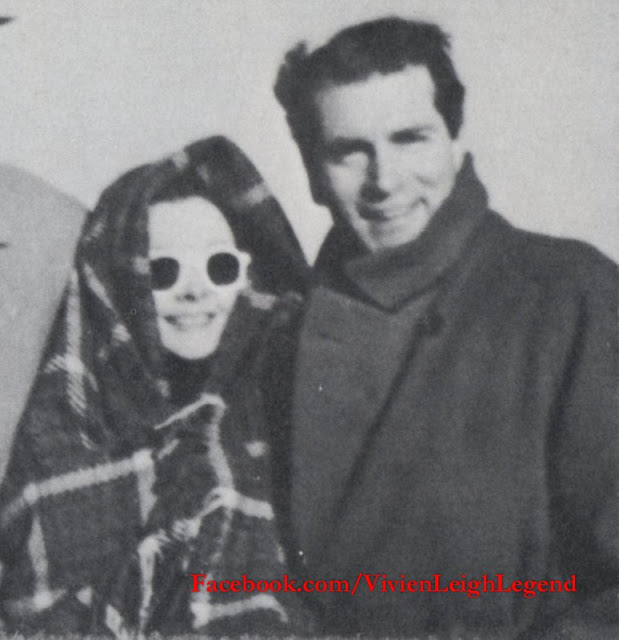 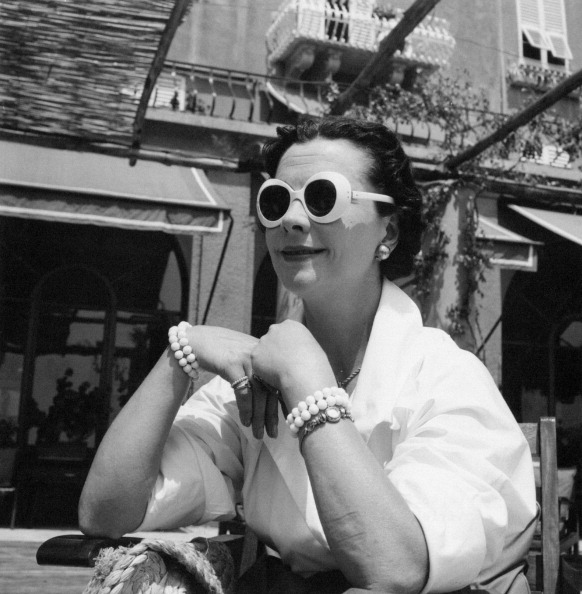 The Oliviers, along with the Old Vic Company, traveled to Australia to perform in several plays, in 1948. Vivien and Larry were treated like rock stars. Crowds lined up to see this British couple in person. After arriving in Perth, they attended a reception held for them by the British Council. Vivien wore this charming dress to the party. I’m not 100% positive, but I believe the dress was designed by Hardy Amies. The dress was made from white muslin and featured a blue floral motif. The lapels of the dress were pinned together by a brooch, featuring rubies and diamonds in a platinum setting. Vivien’s large hat, belt, purse, sandals and gloves with a scalloped trim, were all in corresponding white. Check out that bow! 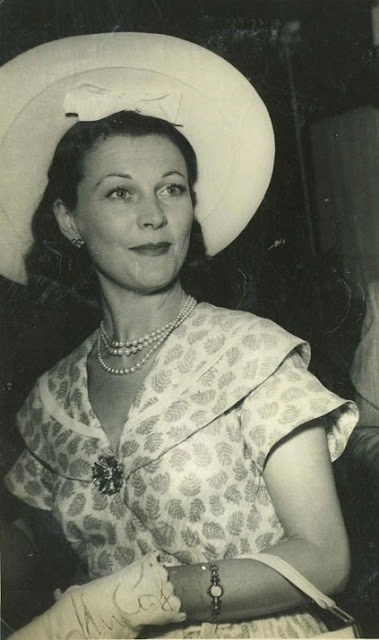 Vivien’s only child, Suzanne Holman, was married in December, 1957. For her daughter’s wedding, Vivien chose to wear a silk coat.  But not any silk coat. This coat featured a leopard pattern, which had been hand painted onto the material. Vivien topped it off with a matching hat and fur scarf. Her outfit, according to one newspaper, put all the mink coats and smart costumes in the shade. 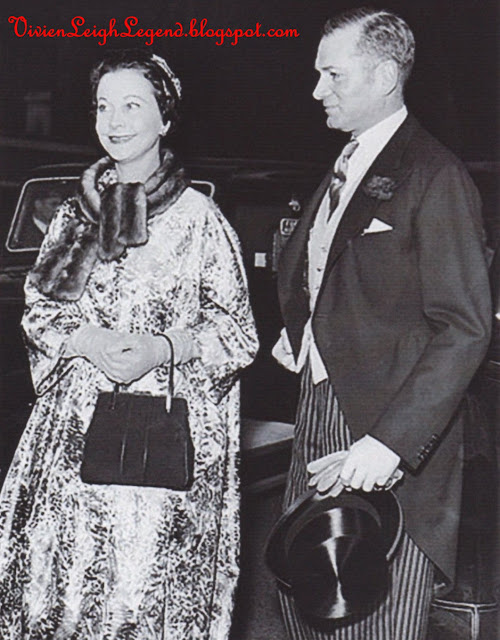 9.  Gone With the Wind’s 21st Anniversary

Gone With the Wind celebrated its 21st anniversary in March, 1961. The celebrations were held in Atlanta, Georgia, in conjunction with the Civil War Centennial. Newspapers around the world ran headlines such as Scarlett turns 21. The three day event took place from Wednesday, March 8th to Friday, March 10th. On Thursday, March 9th, a costume ball was held at the Biltmore Hotel. Vivien wore an original ball gown, specially created for her, for the 21st anniversary gala.

The gown was based on the barbecue dress Vivien wore as Scarlett O’Hara in 1939. Vivien’s modern day, white gown had a billowing skirt, which trailed behind Vivien when she walked. The dress featured a green velvet waistband, with flowing ribbons down the backside of the skirt. The very fitted bodice showed off the gown’s gorgeous embroidery. Green-blue sprays of flowers were embroidered onto the gown and peppered with pearls and rhinestones. Vivien’s accessories for the evening included a three strand pearl necklace with a diamond drop pin around her neck, while diamond hair barrettes adorned her coiffure. She topped the gown off with long gloves and a fox fur wrap, both white to match her dress. 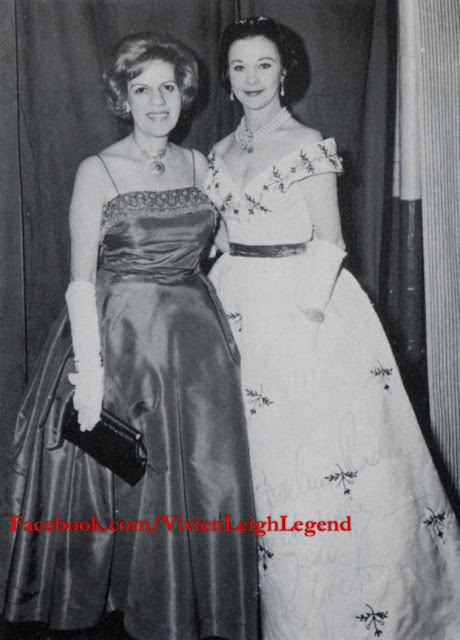 To mark William Shakespeare’s 400th birthday in 1964, Vivien Leigh attended an outdoor celebration for the Bard. The party took place on an overcast day at the partially finished Yvonne Arnaud Theatre in Guildford. For this special occasion, Vivien chose to wear a hot pink, two piece outfit. The boxy shaped jacket featured five buttons down the front, pocket flaps and side buttons. Vivien accented her outfit with a fur stole around her neck, gloves and a black velvet hair band a la Alice In Wonderland. 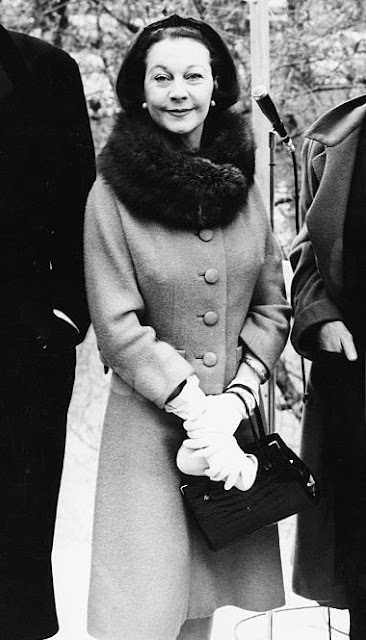