Today’s Fashion Friday outfit comes from the 1937 comedy, A Storm In A Teacup. 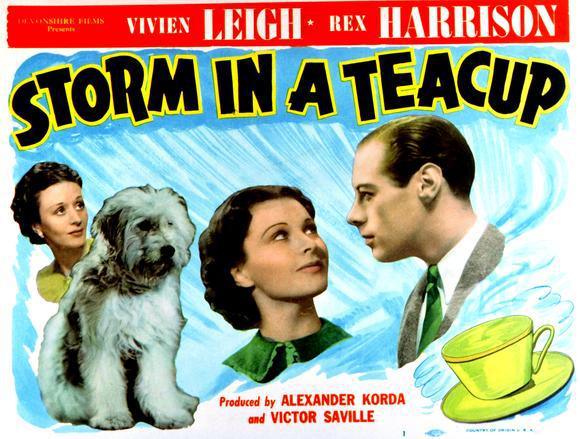 If you haven’t seen A Storm In A Teacup, here’s a very brief synopsis for you: The movie stars Vivien Leigh, Rex Harrison, Sara Allgood, Cecil Parker and Scruffy the dog. Vivien plays Victoria, the daughter of the local provost (similar to a mayor) played by Cecil Parker. Rex Harrison’s the reporter who’s come to town and stirs up trouble. Sara Allgood’s fur baby, Scruffy, is at the center of all the trouble. The movie is based on a play, which was about the politics of the time, specifically dictatorships. 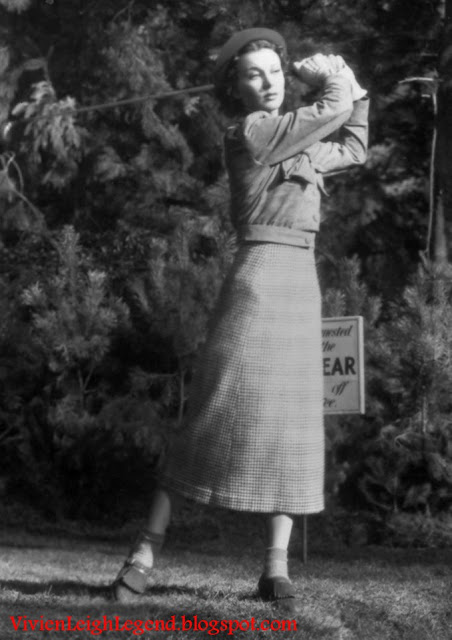 Vivien Leigh shows up fashionably dressed on the golf course. For this scene, Vivien wears a checked tweed skirt in red, green and fawn. She tops the skirt off with a green suede jacket, along with a green felt hat. Vivien’s feet are encased in brown suede shoes with buckle straps and fringed tongues. 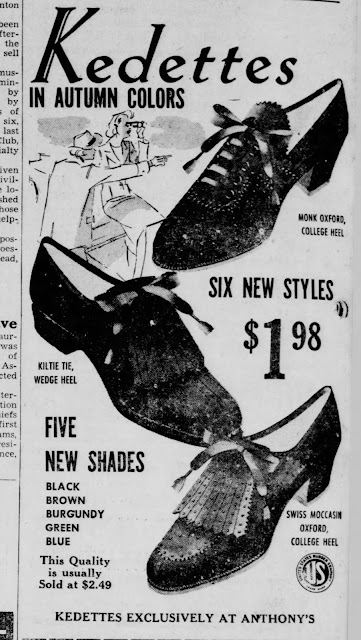 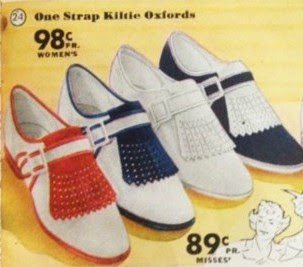 Above are a couple of shoe advertisemnts from 1937. I don’t know the particular shoe brand that Vivien wears in this golfing scene, but these shoes are somewhat similar to what she wears in the movie. I think it’s kind of fun to see the styles that were popular when the film was made. 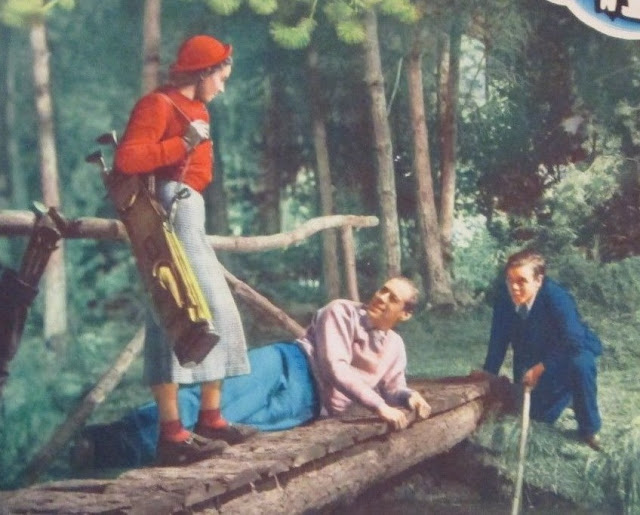 This photo is a colorized image for one of the film’s lobby cards. It was normal for photographers to take publicity pictures in black and white. Once it was decided which pictures would be used for the lobby cards, those pictures would then be colored in by hand. As you can see, the photo specialists who colored this in, imagined her coat, socks and hat in red.