In 2003, one of Vivien Leigh’s dresses went on the auction block at Sotheby’s. This stunning evening gown was created by Lanvin and sold for 1,320 GBP, inclusive of the buyer’s premium.
This white silk evening dress is only a size two. Vivien was tiny! The fitted bodice features embroidery and beading in an intricate pattern, while the floor-length skirt flares out into a tulip-shape. Vivien wore a purple wrap with this dress. 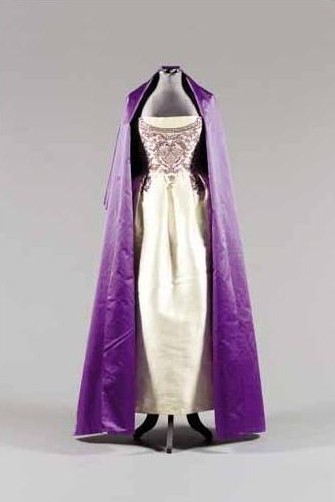 The evening gown was designed by Antonio del Castillo for Lanvin in 1957. The House of Lanvin was created by Jeanne Lanvin in 1889, when she was just twenty-two years old. Jeanne began her career at sixteen, as a milliner, and later moved into dressmaking. After Jeanne’s death in 1946, her daughter, Marie, hired Castillo to design for the house. Castillo had been working for Elizabeth Arden when he left them to join Lanvin in 1950. Castillo also designed costumes for the stage and screen, winning an Academy Award in 1971 for Nicholas and Alexandra.
Though the dress was designed by Castillo, the bodice’s beaded design was created by Francois Lesage, an embroiderer with his own workshop, Maison Lesage. Lesage’s skills were utilized by several Parisian fashion houses including Balmain, a favorite designer of Vivien’s. 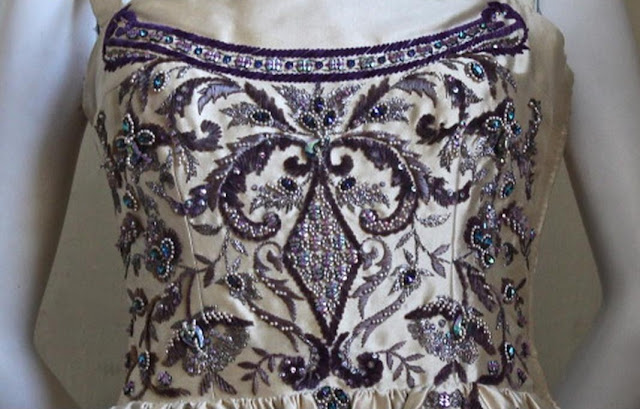 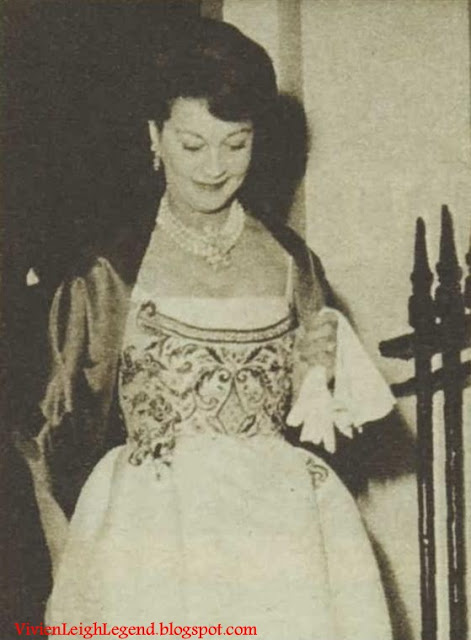 Vivien wore this gorgeous dress on at least three occasions in the 1960s. The first two times were in 1961, when she attended the ballet and a revival showing of Gone With the Wind. On both occasions, she’s wearing the floor-length purple shawl as seen in the first image on this post from Sotheby’s. The pictures above and below are from the Gone With the Wind showing. 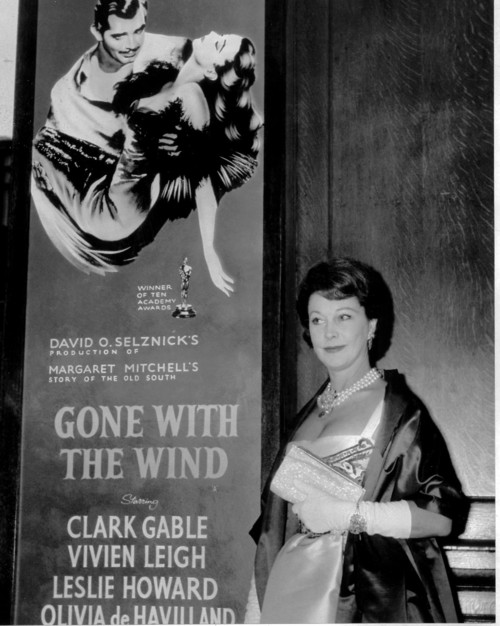 Vivien also stepped out in this Lanvin number for a performance at the Royal Opera House in Covent Garden. She attended the opening night of the Leningrad State Kirov Ballet’s season. She accented the dress with a three strand pearl necklace with a diamond drop pin, which she also wore to the GWTW revival.
The third time we see Vivien in this Lanvin dress is at a party for Tovarich in 1963. The party was held at the Americana Hotel to celebrate their first night on Broadway. Vivien is pictured below with her co-star, Jean Pierre Aumont, and a gigantic cake complete with candles for the occasion. 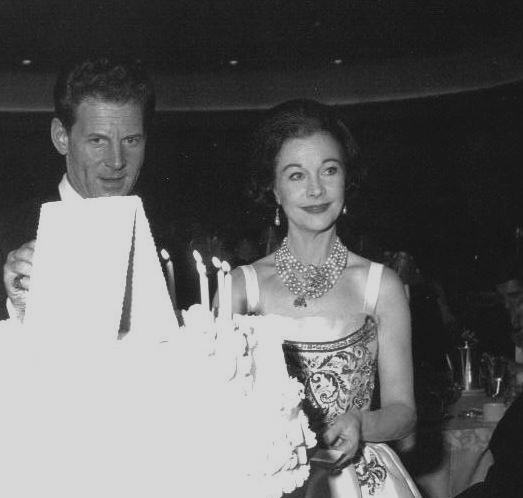 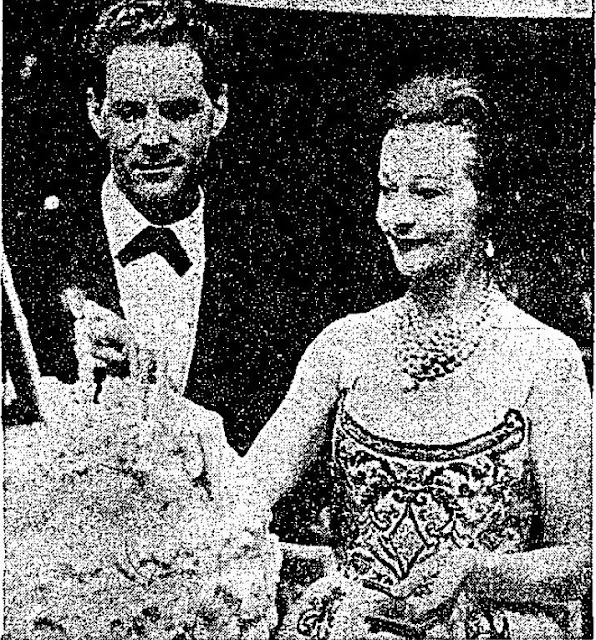 Below is another detailed shot of the bodice. Francois Lesage was a complete genius when it came to beading and embroidery. To see some of his other beautiful creations, click here for an article on him originally published in Elle Magazine.
Vivien Leigh loved to wear French designers. In the spring of 1957, it was reported by the newspapers that she had just spent $4,500 on clothes from Paris, which is about $40,000 in today’s money. 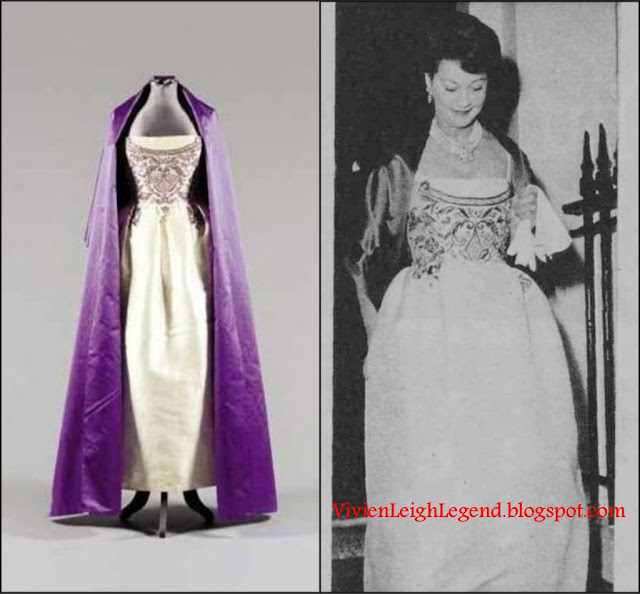 A lot of women will tell you that the most elegant person in London is Vivien Leigh, and I see what they mean. Miss Leigh is one hundred percent the perfect modern woman. -Leonard Mosley
Thanks for joining me for today’s Fashion Friday post!
Previous

Fashion Friday #3, On the Golf Course