Vivien Leigh arrived back in the United States on August 1st, 1950, at the Idlewild Airport (now JFK), in New York. She was on her way to Hollywood to begin filming A Streetcar Named Desire. Vivien had originated the role of Blanche on the London stage and would now play her in the movie version. After meeting up with her new director, Elia Kazan, the two of them traveled by transcontinental train to California, stopping off in Wisconsin for a quick visit with her good friends, Alfred Lunt and Lynn Fontanne.

Vivien Leigh and Elia Kazan arrived in Pasadena on August 6th. Vivien stepped off the train, looking as young and relaxed as the day she started Gone With the Wind, with a huge smile on her face and white sunglasses in her hands. “Gadge and I have gone over the script line by line in New York and on the train coming out here,” Vivien told reporters. Gadge was Kazan’s nickname.

The outfit Vivien chose, to meet and greet everyone, was a two-piece silk ensemble, gray with yellow polka dots, with a full skirt and topped off with a jaunty little hat. She wore the same outfit on multiple occasions, a habit she started with the rehearsals for the London stage version of A Streetcar Named Desire. 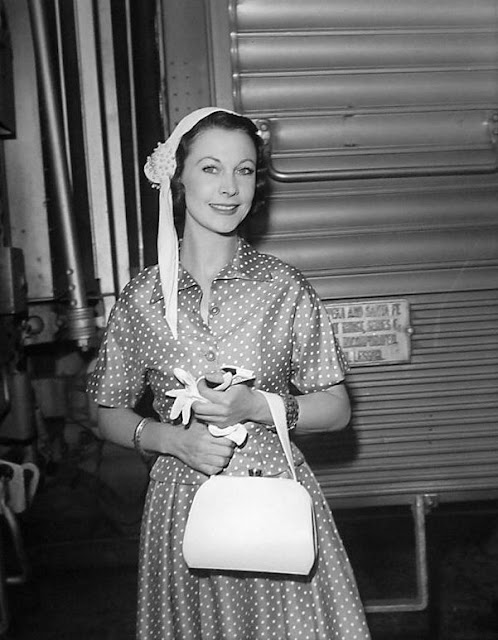 When asked whether or not she and Olivier would be staying in the states for an extended duration, she replied,  “Our stay must be limited because we have to return to England to prepare for the great national drama festival, which is the centenary of one held in 1851. It is an event that will fulfill itself in all branches of entertainment, and we both hope to contribute to it as notably as possible. Therefore it will require much time and effort in preparation. Mr. Olivier could not accompany me, because he was concerned in England with the opening of a new play, but as soon as the London premiere is held, he will fly to Hollywood. I expect his arrival next Sunday. He has signed, of course, for a picture at Paramount, the adaptation of Theodore Dreiser’s Sister Carrie.” 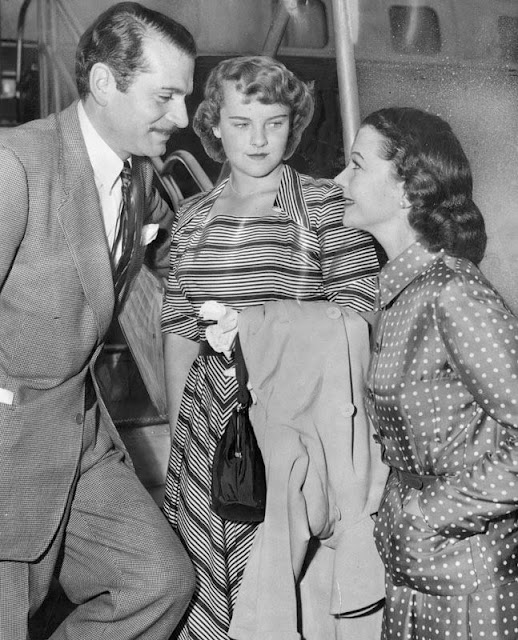 Olivier arrived in Hollywood a week after his wife, on August 13th, accompanied by Vivien’s daughter, Suzanne Holman. Vivien and William Wyler greeted the pair at the airport. Olivier showed off his new mustache for his upcoming movie, Carrie. After embracing, Vivien told reporters, “I can’t get used to his mustache. He felt he had better wear it until Mr. Wyler had determined whether or not it would be right for the picture.” Olivier admitted to not liking the mustache. The couple also admitted to reporters that they “would like to tour America sometime on the stage…” 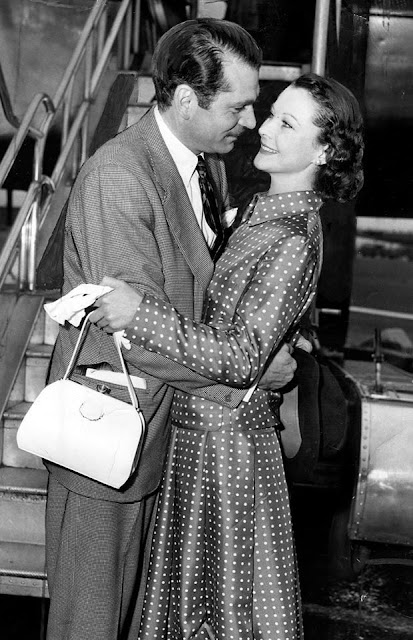 “I never see Larry when he’s writing and directing, so I’m delighted that he’ll just be acting in Carrie Ames for Willie Wyler and Paramount. Even with both of us busy, we may have some time together.”

Another person brought over from the play’s Broadway production was costume designer, Lucinda Ballard, who would later receive an Academy Award nomination for her costume designs for the movie. One of the things I most enjoy about Blanche’s clothing is that Lucinda seemed to have captured Blanche’s very being with her designs. She used soft feminine lines with delicate layers of silk, chiffon, lace and ruffles, reflecting Blanche’s fragile state of mind and flirty girlishness. 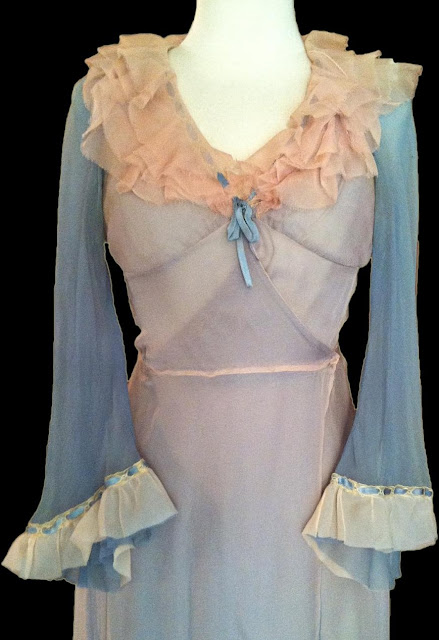 Vivien wears this gown in several scenes throughout the movie. Here she’s pictured with Karl Malden. 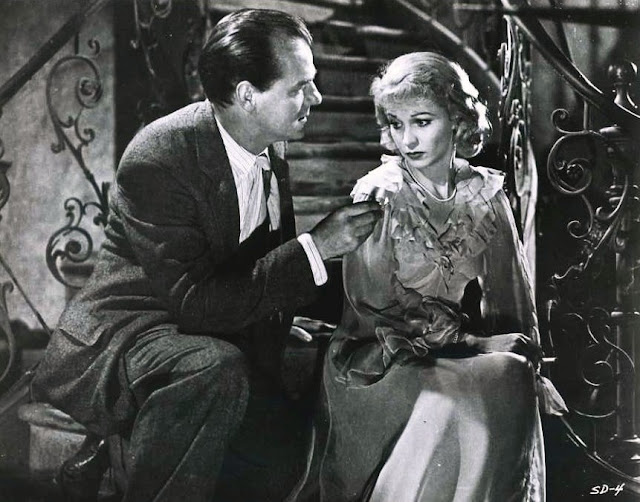 Here’s another photograph of Vivien wearing the blue dressing gown, captured in a light-hearted moment during a break in filming. She’s posing with Gary Cooper, whom I cropped out to get a close-up view of Vivien’s costume. 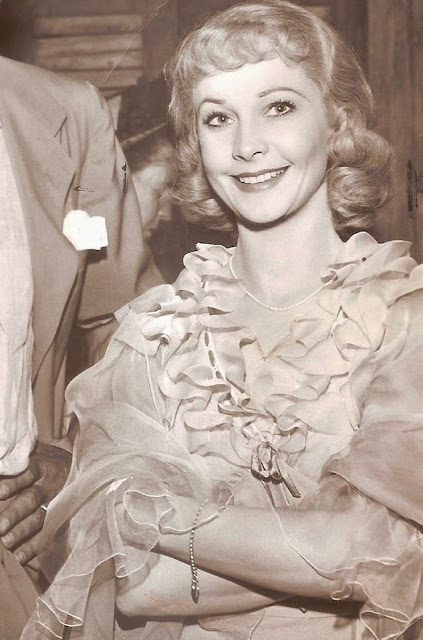 The second costume from A Streetcar Named Desire is this pink dressing gown. This particular robe was auctioned off a few years ago as part of the Debbie Reynolds collection. The pink and ivory silk gown features embroidered silk flowers on the chiffon sleeves with a ruffled collar, cuffs and bottom trim. The auction’s catalog noted that the gown was in very fragile condition and that its original color had been hot pink. 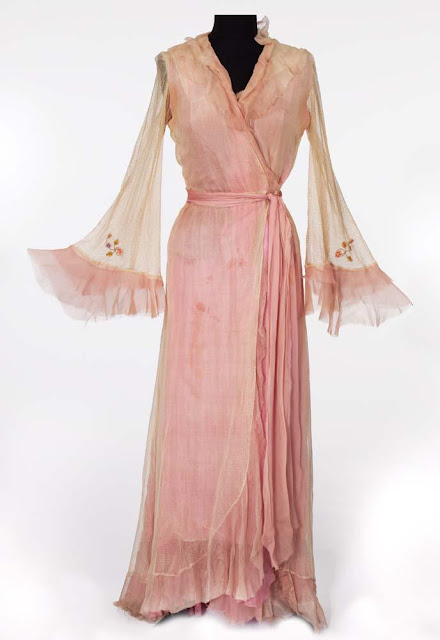 Here’s Vivien wearing this pink gown, in a scene with Karl Malden. 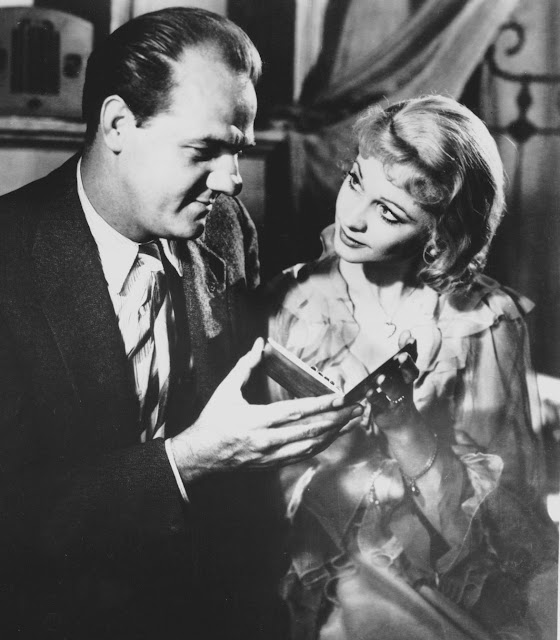 It’s also the outfit she wears when she tells Karl Malden (in that incredible scene) she wants magic, not realism. I don’t want realism. I want magic! Yes, yes, magic! I try to give that to people. I do misrepresent things. I don’t tell truths, I tell what ought to be truth. And if that’s sinful, then let me be punished for it!

Here’s a screenshot of Vivien, again in the pink gown, and Karl together right before he turns on the lights! Both Vivien and Karl won Oscars for their performances: she for Best Actress and he for Best Supporting Actor. 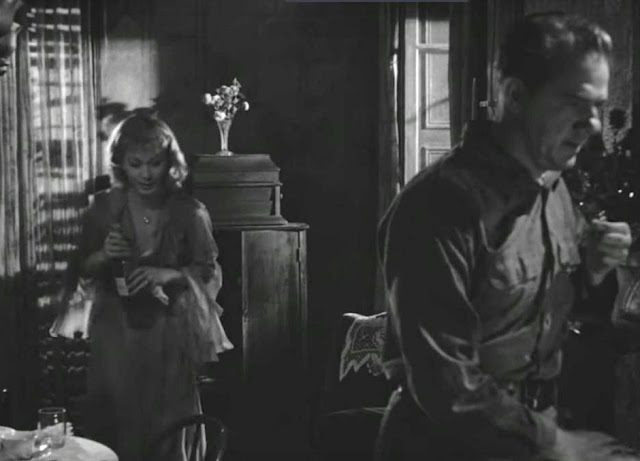