On Tuesday, October 25th, 1960, Vivien Leigh arrived in Cherbourg with her companion and fellow actor, Jack Merivale, aboard the Queen Elizabeth liner from New York. The two were fresh off the stage from co-starring in the play, Duel of Angels.  Vivien stepped off the Queen Elizabeth wrapped in a pale mink coat, with pearl and gold bracelets visible at the cuffs. Vivien’s fur baby, Poo Jones, also accompanied the couple. 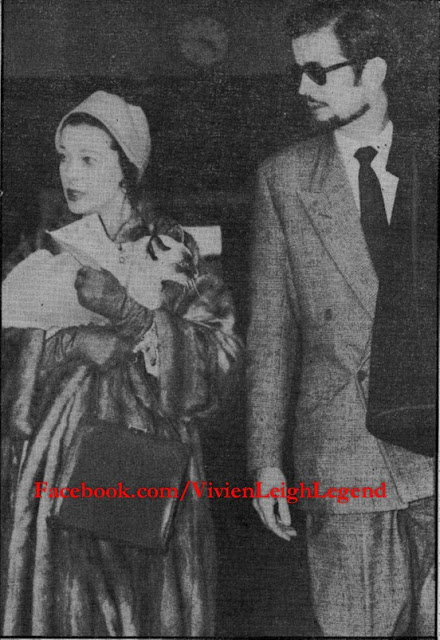 Upon disembarking, the couple were asked about their romance.  You know I never discuss my private life, she said. John and I– why, I’ve known him for 25 years, since we were both young things, struggling to make our names in London. He is a wonderful person. Jack was asked about a possible marriage between the two of them. Good heavens! That’s very flattering, but I’m not going to say anything about it. The couple left Cherbourg for Paris in Vivien’s blue Rolls Royce.

While in Paris, they stayed at the Hotel Raphael– in separate rooms, of course. The couple visited one of Vivien’s favorite designers, Pierre Balmain. Her purpose in visiting was twofold: 1) Balmain would be creating her clothes for The Roman Spring of Mrs. Stone and 2) she wanted something new for her personal wardrobe. At the House of Balmain, Vivien tried on approximately a dozen dresses. She finally settled on a dress with a matching coat, after Jack gave his approval of the outfit by saying, That’s the one, darling. You look wonderful. 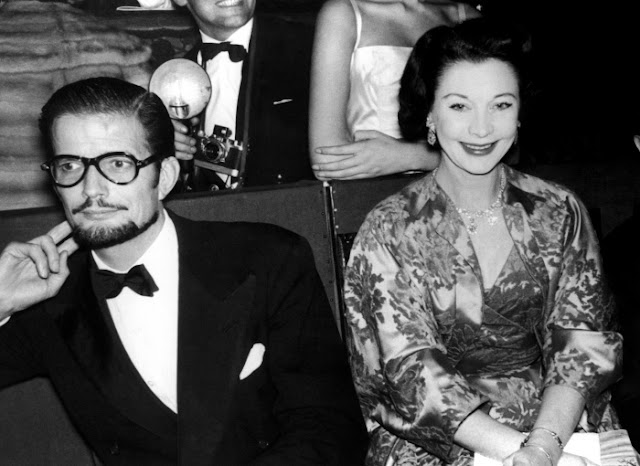 Jack and Vivien attended the opening night of the ballet, La Belle Au Bois Dormant (aka Sleeping Beauty), on Thursday night. The play was produced by the Marquis de Cuevas and held at the Theater des Champs-Elysees. Cuevas was quite ill and attended the show’s premiere in a wheelchair. 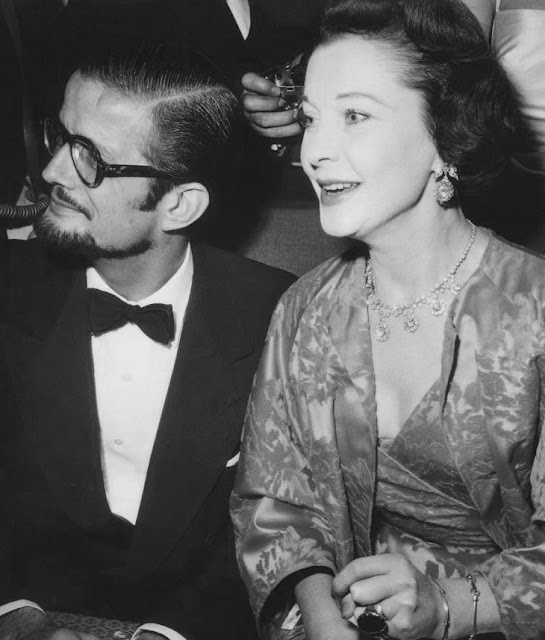 Vivien wore her new ensemble from Balmain’s to the premiere, while Jack wore a classic tuxedo. Vivien’s matching coat and dress were both made from the same red patterned, satin, material. The coat featured a collar with lapels, which ended just at the dress’ bodice. The coat’s sleeves were three-quarters in length. The evening dress featured a wrapped bodice, with a low cut V. 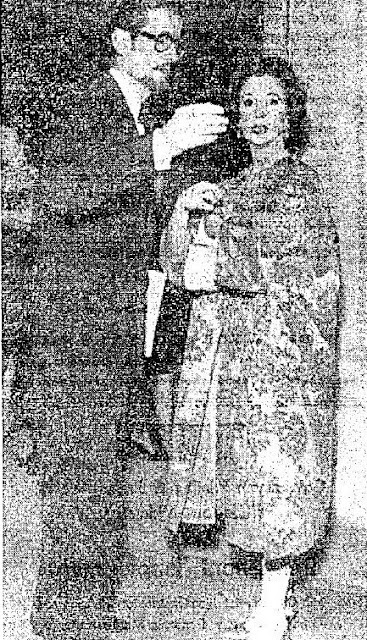 Jack and Vivien are pictured leaving the ballet. I know this isn’t the best quality, but I wanted to share anyway, to show off the full length of the dress.
Thanks for joining me for today’s Fashion Friday post!
Previous