In 1958, Vivien Leigh attended a charity event for the Boys and Girls Exhibition. At the National Spastics Society’s stand, Vivien recruited youngsters for The Whistlers, a new club for children with Cerebral Palsy. The club’s motto was “whistle for the kids who can’t.” 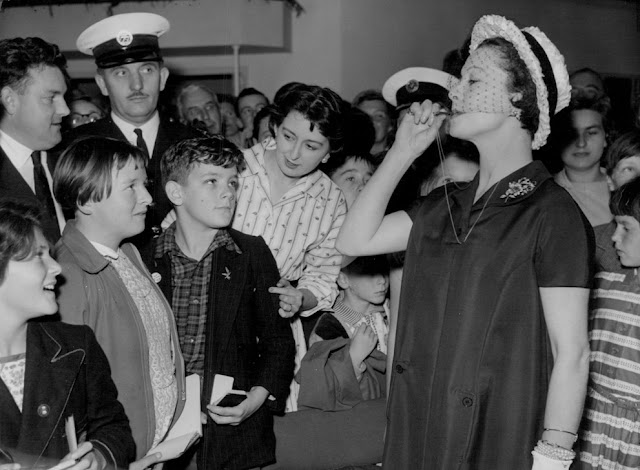 For the occasion, Vivien topped her curls with a white boater hat, traditionally made from straw, and which featured a dark band and veil. The outfit she chose to wear for this event was a blue, trapeze-line dress by Dior. A trapeze-line dress is one which is fitted at the shoulders, then progressively flares out as it travels down the female form. Trapeze-line dresses were the new rage from Paris, as seen in the 1958 spring collection from the House of Dior.

These dresses were designed by 21 year-old Yves Saint Laurent, who had recently taken over the helm at Dior. Just a few months before his passing, Christian Dior had personally chosen Saint Laurent to succeed him after his death. The trapeze-line dresses were a continuation of Dior’s 1955 A-line collection. 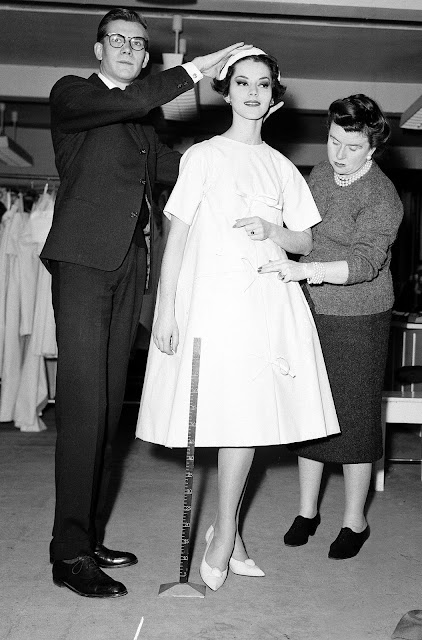 Yves Saint Laurent and an assistant make a few adjustments on one of his trapeze-line dresses, being modeled by Svetlana Lloyd. According to Svetlana, Yves was unbelievably shy. 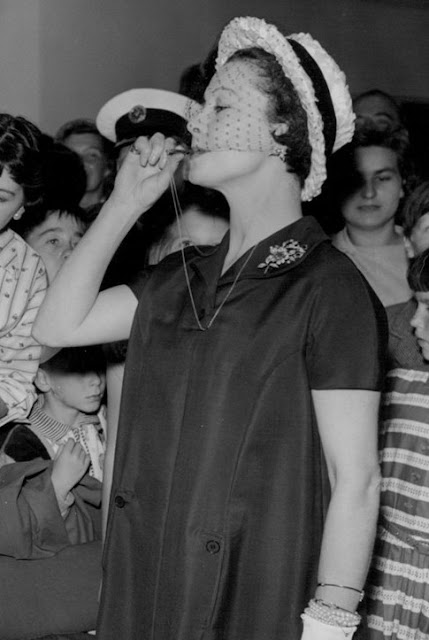 In between whistling and signing autographs (about 300 in thirty minutes), the forty-four year old Vivien bragged that she would soon be a grandmother. My daughter Suzanne is having a baby in December. I’m fixed up in films and plays until mid-1960– not bad going for a grandmother. Not bad at all!