Miss Rhett was a member of the Footlight Players of Charleston. She was spotted while appearing on stage. She auditioned for Selznick representatives in December, 1936. Kay Brown wrote to David O Selznick that Alicia had dark brown eyes and hair that was “a most magnificent red.”

In May of 1937, Alicia went to New York for ten days for additional testing under the direction of George Cukor. Her mother, Mrs. Isobel M. Rhett, accompanied her on the trip. She returned, triumphantly, to Charleston with a signed contract for a role in Gone With The Wind.

Upon being interviewed after signing her contract, Alicia said “Dear me, I don’t know. It’s grand. I can’t think of any other words. Am I pleased? I should say! I think it should be a most interesting experience and lots of fun, anyway just to see how it’s all done.”

Originally, she read for the part of Melanie, but George Cukor didn’t think she had enough acting experince to play Melanie, so he assigned her the part of India.
﻿

Alicia and her mother moved to Hollywood for the duration of the filming of Gone With The Wind, which, for Alicia, lasted from December 1938 to November 1939.

Gone With The Wind was the only movie that Alicia made. After filming was completed, Alicia returned to Charleston, where she lived for the remainder of her life. She became a well-known portrait painter and illustrated a few children’s books. She also found work as a radio personality.

In an interview Clark Gable gave to Photoplay, February 1940, he said, “… but I talked with Alicia Rhett, a Southern deb– she’s from Charleston, where Rhett’s [from]– before every scene and she was a marvelous accent coach. Watch for her in one of the smaller roles. The girl’s good and that “Rhett” stuff is her own name.”

In this photo, she’s shaking Thomas Mitchell’s hand (Gerald O’Hara) as he and his daughters arrive at Twelve Oaks for the barbecue. On her other side is Howard Hickman, who played Alicia’s father, John Wilkes. 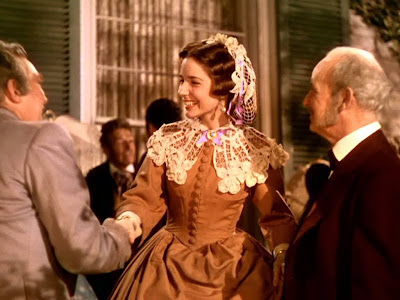 India greets Scarlett O’Hara as she and her sisters arrive for the barbecue. Later, when news of war breaks out, Scarlett will steal India’s beau, Mr. Charles Hamilton, and marry him.﻿﻿﻿
﻿ 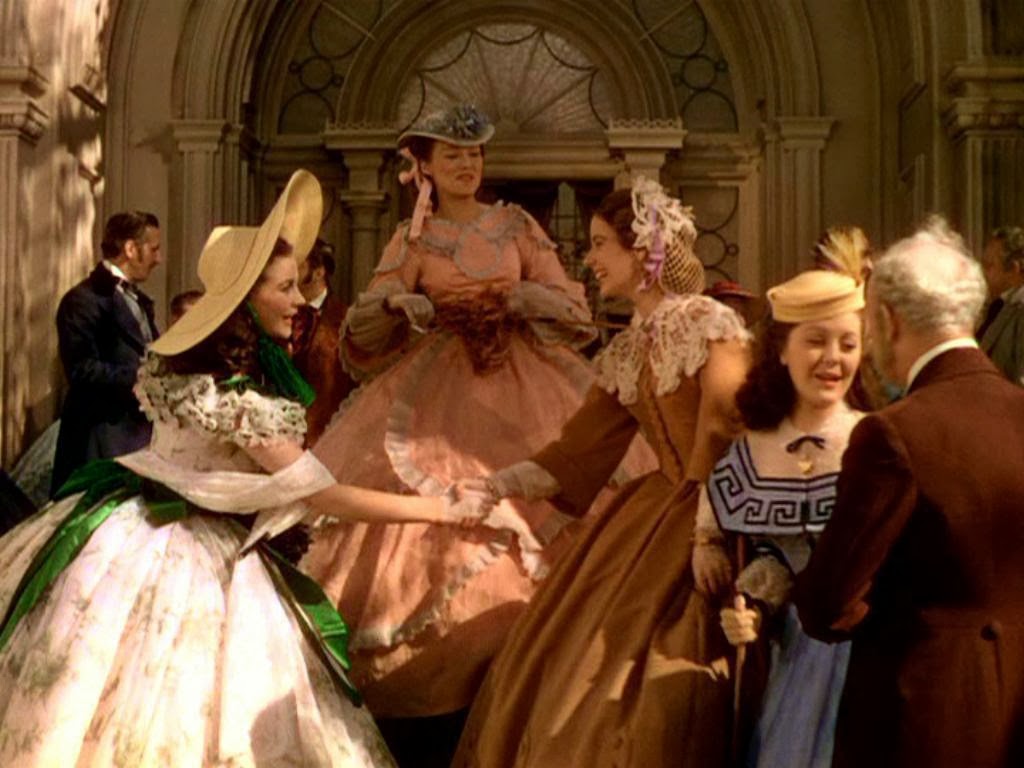 Alicia Rhett attends the Gone with the Wind premiere in Atlanta, December 1939. 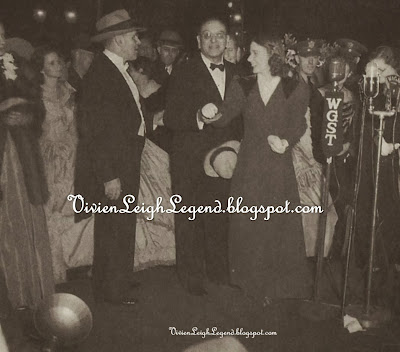 In 1954, Alicia appeared in the local paper as talk of a “new” premiere of Gone With The Wind would be taking place in Charleston. 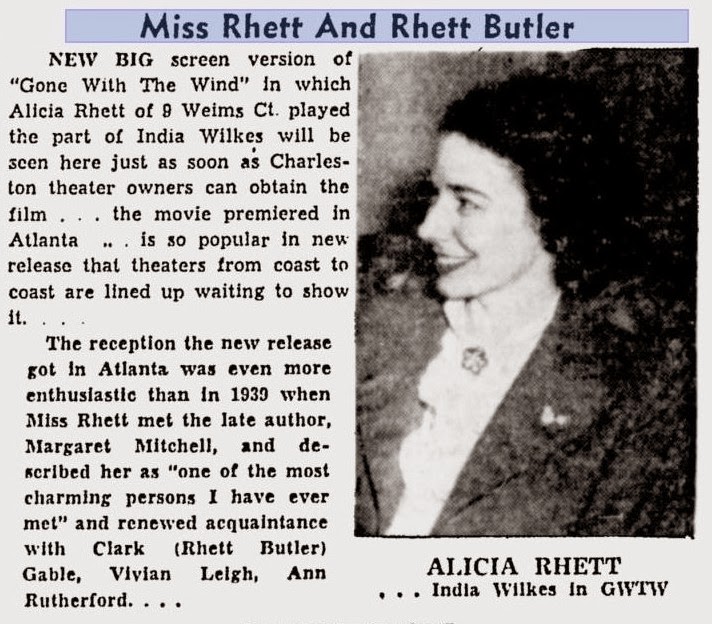 Vivien Leigh Can Speak For Herself

Gone With The Wind Contract Signing