Today marks the anniversary of the passing of Sir Laurence Olivier. Many have called him the world’s greatest actor. Indeed, he mesmerized theatregoers and movie audiences alike, for six decades with his stellar performances. 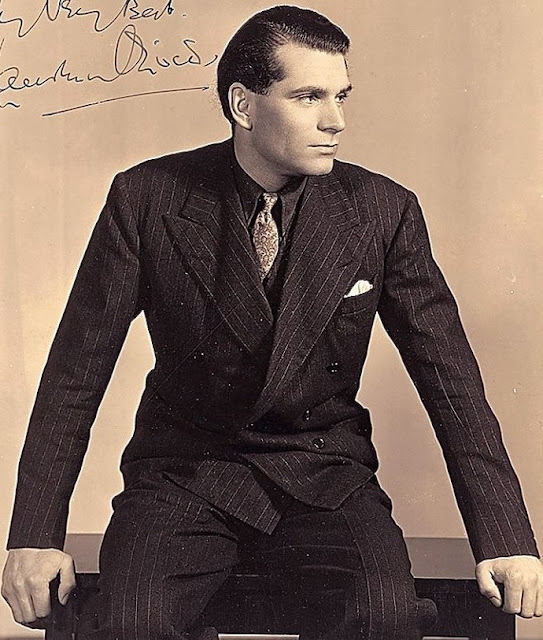 Whether on stage or in a movie, from breaking the rules on Romeo and Juliet, from capturing every woman’s imagination as Heathcliff, to his Academy Award winning Hamlet, to alternating nights between Shaw and Shakespeare, Caesar and Antony, Laurence Olivier gave himself fully to each role and inhabited those characters he played.

“Larry’s Romeo was denigrated by every critic but one- St John Ervine- was proof of their blindness to the challenging and original road he was taking, and was to make his own, in the classics. Happy Days indeed!” –Peggy Ashcroft

“But an actor was there, an actor one had never seen on the screen before. The embers took fire; light blazed; with delighted astonishment one saw a new Olivier. The role of Heathcliff might have been made for him.” –Dilys Powell

“Good looks are not sufficient, or even great talent. Laurence Olivier has both. Tall, dark, and handsome, he is a splendid actor. But, in addition, that certain magic spark in a player’s personality must have the power to bring out all the sweet yearnings of an adolescent and to make older women behave in a very silly fashion.” –John Davies

“He was a brilliant runner of theatres, a brilliant man of the theatre, a brilliant impresario, a very great film director, and remains the greatest actor of his generation.” –Peter Hall

“I believe Laurence Olivier to be the greatest actor of our time.”

“There are at least three qualities which explain the Olivier phenomenon. The first, of course, is sheer talent. The next quality is sheer animal magnetism. Third, I suppose, is ambition. No question but that Larry has had colossal ambition.” —Anthony Quayle

“No man has graced his profession better than Larry Olivier has graced ours. He represents the ultimate in acting. He’s the actor’s most admired actor.” — Cary Grant

“It is difficult for me to believe that he is gone- what a rich legacy he leaves behind- not only of his brilliant talents and extraordinary range of achievement, but the memory of his own vital, courageous personality, his determination and power as performer, manager, director and defier of lightning, the originality of his approach to every new and challenging venture, his physical bravery, not only on the stage but in the valiant way in which he faced his few failures and defeats, and above all his refusal to give up when he became so ill.” –John Gielgud

Larry was married three times during his lifetime, all actresses: Jill Esmond (1930 to 1940), Vivien Leigh (1940 to 1960) and Joan Plowright (1961 to 1989 (his death)). He fathered four children, sadly none with Vivien, though she did suffer two miscarriages during their marriage. Olivier won multiple awards for his acting and directing, including two special Oscars.

In Hollywood, he has his own star on the Hollywood Walk of Fame. In London, there is a life sized statue of Olivier outside the Royal National Theatre and a commemorative stone for him at Westminster Abbey. Additionally, the Laurence Olivier Awards for acting are given out annually in his name.

On Top of the World