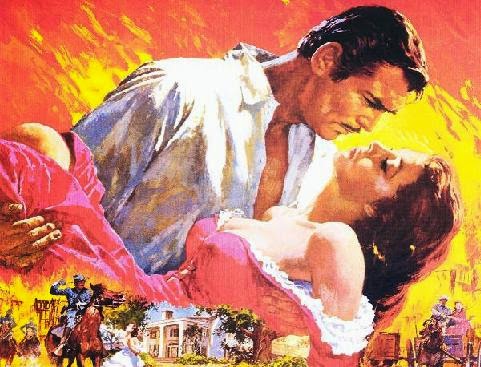 1. Four out of the five main cast members died in their fifites: Vivien Leigh (Scarlett) passed away at the age of 53; Clark Gable (Rhett) at 59; Leslie Howard (Ashley) at 50; and Hattie McDaniel (Mammy) at 57. Olivia de Havilland (Melanie) is still living. She currently resides in Paris, France.

3. The opening scene of Gone with the Wind was ultimately filmed five times. After the first time it was filmed, Selznick decided the Tarleton twins’ hair was too orangey, so he had it re-shot. Then it was filmed again when Victor Fleming replaced George Cukor. Vivien Leigh looked too tired in another scene. And lastly, it was shot again, when according to Fred Crane, the etiquette expert Susan Myrick, said that no southern girl would show her bosom so early in the day, which is when they decided Vivien should wear the white, prayer dress.

4. The first scene filmed was the burning of Atlanta, which was actually the burning of other movie sets on the backlot named Forty Acres, including the King Kong set.

5. After the barbecue at Twelve Oaks, there is a scene in which all the men are gathered together discussing war. This is the only scene in the movie in which all of Scarlett’s future husbands (Charles Hamilton, Frank Kennedy and Rhett Butler) appear together.

6. According to Frank Buckingham, Clark Gable would sometimes eat garlic before his kissing scenes with Vivien Leigh. Buckingham was a film technician who worked for Alexander Korda. Korda sent him to observe the making of Gone With The Wind.

7. The scene in which Scarlett gives Ashley a sash for his uniform, while he’s home on Christmas leave, is the last scene that George Cukor directed.

8. Gone With The Wind is the only movie Alicia Rhett, who played India Wilkes, ever made. Originally, she read for the part of Melanie, but George Cukor didn’t think she had enough acting experince to play Melanie, so he assigned her the part of India.

9. Alicia Rhett was an artist and sketched her co-stars during breaks while filming. Later in life, she painted a portrait of Alexandra Ripley, who went on to author Scarlett, the sequel to Gone With The Wind.

10. Vivien Leigh decided she’d be the one to play Scarlett, long before she arrived in Hollywood and auditioned. ‘A curious incident was noted by film critic C.A. Lejeune, who had accompanied the cast [21 Days Together] on the last day of shooting down the Thames to Southend on a steamer. It had been raining and during the long wait between shots talk had turned to MGM’s plan to make a movie of the current best-seller in America, Gone With The Wind. Someone suggested that Olivier would make the ideal Rhett Butler. “Larry won’t play Rhett Butler,” was Vivien’s prophetic comment, “but I shall play Scarlett O’Hara, wait and see.” ‘- Love Scene, by Jesse Lasky, Jr

11. David O. Selznick wanted Tallulah Bankhead to play Belle Watling. He also used Mae West’s name in regard to the role as a publicity stunt. Selznick’s final choice for Belle was Ona Munson.

12. Gone With The Wind marked the second time Thomas Mitchell and Barbara O’Neil (aka Mr. and Mrs. O’Hara) played a married couple. They’d previously played husband and wife in “Love, Honor and Behave.”

14. Hattie McDaniel’s father, Henry, had been born into slavery and was a Civil War veteran. Hattie won the Academy Award for Best Supporting Actress for her role as Mammy in 1940.

15. Thomas Mitchell did not receive an Oscar nomination for Gone With The Wind. However, he was nominated for Stagecoach and won for Best Supporting Actor in 1940.

16. Tomorrow is Another Day was one of the book’s titles before being changed to Gone With The Wind.

17. The book’s title, Gone With The Wind, was taken from a line in the poem Cynara, by Ernest Dowson. The poem is about obsession for a lost love.

19. There was serious talk from the studio about changing Vivien Leigh’s name to Virginia Lee, so she’d sound more like a Southern girl instead of the British girl she was, and be more acceptable to the public.

20. Vivien Leigh went through 28 different hairdos as Scarlett O’Hara. Here are just a few examples of her hairstyles: 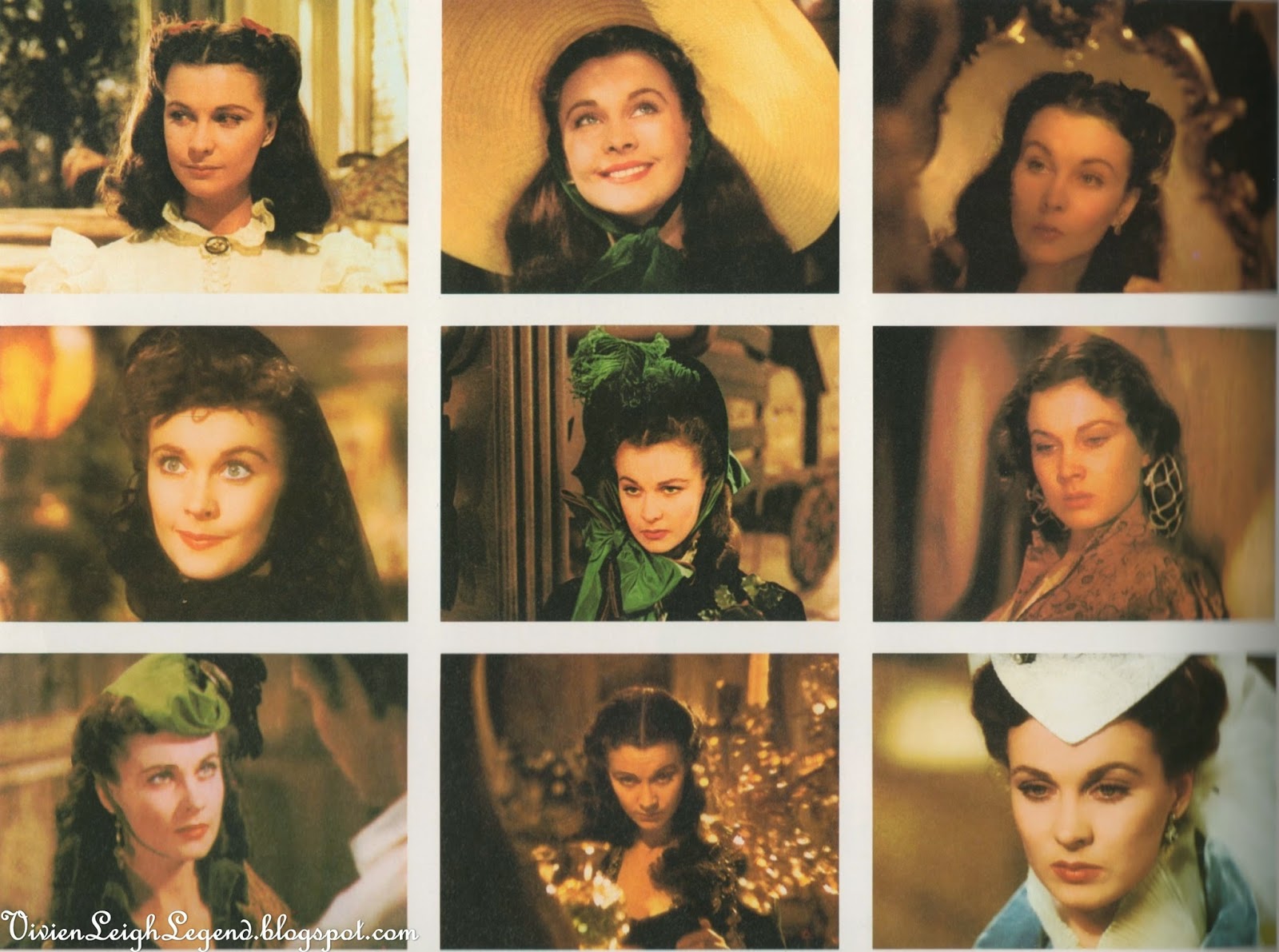 21. Walter Plunkett, costume designer, created over 5,000 pieces of clothing for Gone With The Wind.

23. Gone With The Wind premiered first in Atlanta, on December 15, 1939, followed by premieres in New York and Hollywood. Leslie Howard didn’t attend the Atlanta premiere as he’d returned to England due to the outbreak of WWII. Hattie McDaniel wasn’t allowed to attend due to segregation laws.

24. Vivien Leigh didn’t attend the New York premiere on December 19, 1939. Instead, she and Laurence Olivier skedaddled off together for some private time.

25. When asked by a newspaperman, in 1937, how he felt about playing Ashley Wilkes, Leslie Howard looked slightly puzzled and quizzically responded, Ashley who-did-you-say? Well, -er, excuse me, but who in the deuce is he? Howard had been so busy with his production of Hamlet that he hadn’t heard about Gone With The Wind or the poll that ranked him as top choice for Ashley. Howard never did read the book.

27. Margaret Mitchell won the Pulitzer Prize for Gone With the Wind.  “… [she] received news of the prize by phone, along with multiple requests for interviews. Hating publicity, she fled to a gospel concert at a small black church in Atlanta with her husband John Marsh, her publisher Harold Latham and her black housekeeper Bessie Jordan. The press scoured the city but never found her. It was a glorious night for Margaret Mitchell.” –Margaret Mitchell: American Rebel

29. After the raid on Shantytown, and the death of Frank Kennedy, Rhett brings home a “drunk” Ashley from Belle Watling’s. This is the only scene the four main characters (Scarlett, Melanie, Ashley and Rhett) share.

All the World's Going to Love This Lover